The heat continues.  We did get a 1/4 inch shower Tuesday evening.

The garden is pretty much history.  I finished canning tomatoes yesterday morning before the vet came to preg check the two milk cows.  My total is now 46 pints of canned tomatoes.  I am happy with that; it is the best from the current garden so far.

There may be a few more tomatoes but basically the garden is finished.  I am too!

I froze almost a bushel of sweet peppers. 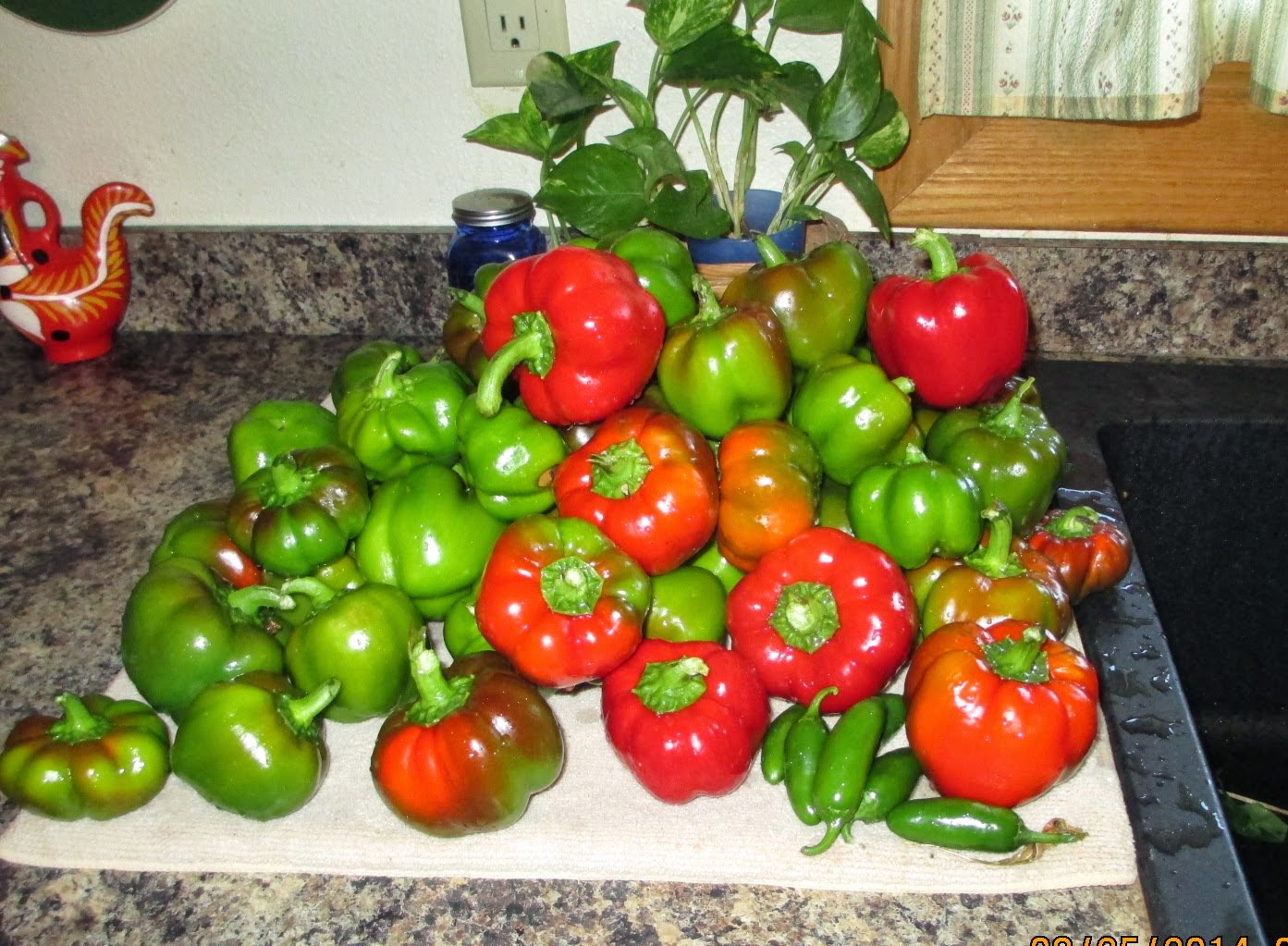 These were not all flat like the cheese peppers I have grown before.  Don't know why.  I just washed, dried and bagged most of them.

The vet came to check Willow and Jewel.  He didn't even bother with Willow since she has started bagging up almost overnight.  He says around the first of October.  Time will tell.

Jewell is 75 days bred.  If I go from when I saw her in heat on June l, she should calve between March l and ll.  That is based on a 283 day gestation table.  Smaller breed can deliver l0 days earlier.

We  had a short power outage after the shower yesterday evening and the generator did not kick on!  I have a call for a serviceman this morning.  Somehow we must squeeze in a trip to town to see MIL who is moving this Friday.  I know she will need something done.  Friday will be reserved for overseeing the move.

We finally got the new shelving unit  put together and up.  It is the Swedish shelving sold by Williams Sonoma and was just as I expected.  I had intended to put it on the back porch but that required unloading and removing two very heavy pieces and we had MIL's situation to deal with, so "line of least resistance" and here is where I put it:

Here is a close up: 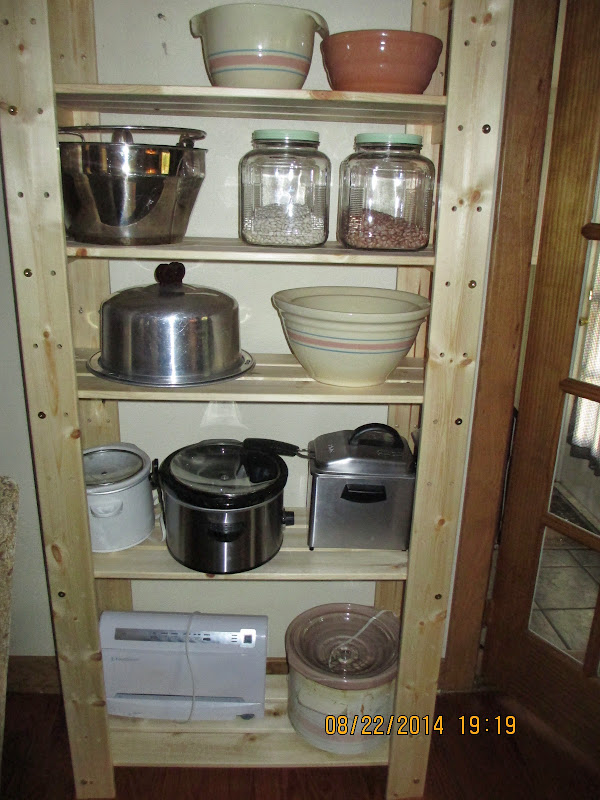 I could use another one of these....on the back porch this time (and I may have to move this one when my daughter gets a look at it in the kitchen!)  Between her and my "older" sis in Iowa, they don't let me get away with much........

I have already moved things around once and will probably do it a few more times before I get it the way I want it: