Well, all but removing it from the field back to the hay lot.   We have that done too.  Rains are now predicted and cruel and selfish person that I am,  I want it to rain.... I know others are still waiting for their hay harvest.....but my ground is cracking open in spots.  I even drug out the hose and watered some over the weekend.

I had company over the weekend so didn't do anything outside.  We did make home-made ice cream again and used the White Mountain electric freezer that was a gift from MIL.  I wouldn't pay that price for one but I must say it was worth every penny  (of her money).  It doesn't bog down and freezes evenly all the way down in about 25 minutes.  My whole family loves Mom's old recipe for ice cream.  The don't want half and half, heavy cream or cooked custard, just her old time Milnot recipe.

I have finally sprayed my front ditch and Max is right, it looks bad, but I didn't want another year of crabgrass weeds setting.
I also sprayed the regrowth of Elm trees in the new chicken yard fence row.  Elms and soft maples seem to be rejuvenated by cutting them down!  I can see it will be a long-time process to keep them under control.  We have lost another chicken.....have no idea how or what.  We lock them up each night just at heavy dusk.  I couldn't believe we finally caught a raccoon in the trap and my husband took it back on the farm and released it.  He  didn't want to permanently eliminate it while our granddaughter was here!  I would have in a heartbeat if I had know about it beforehand.  It was probably back by evening.

I have had a few cucumbers and need to harvest my patch of peppers today.  I am letting the beans set seeds and dry on the vine  for next year.  Tomatoes are still very sorry.
Continued on 8/6/2015:
I  didn't get the peppers harvest, but I did get some serious lopping done.  The culprits seem to be ash tree, elm tree (several varieties, and lambs quarter and poke.  Now I need to use the string trimmer.

We got a welcome rain yesterday; near an inch.  I had already been watering some so it was very welcome here.

Today is extremely hot and humid so I will do nothing outside.  The weeds will wait.

I am on another bread adventure. I read Chickens in the Road blog pretty regularly and enjoy it. She is a professional writer and blogger.  She holds seminars at her farm in West Virginia and if I lived closer I would attend just for fun.

Her latest was about Tudor Biscuits.  This is a southern thing and was completely new to me.  Well, to make a long story short, I did some research and found that the brand Lily (flour) is used by lots of southerners.  I have seen it a few times here, but not at the stores I use.  I ordered lots of flour from Amazon and some from Walmart.  My local stores haven't been carrying King Arthur's white whole wheat flour lately so I ordered it too.  Free shipping and good prices so we will see how it works out.  I will be trying the new biscuit recipe using self-rising Lily flour and will post the experience when I do.

This has also peaked my interest once again in a grinder for flour.....DH is still dragging his heels on this one.....he may be right.

Later today I will attempt my first ever blueberry pie....let you know how that goes (maybe, if it goes well==I recently had a flop of the worst order on French bread due to my negligence.  DH wanted me to post pictures......I refused!)

They  are working in pairs now: 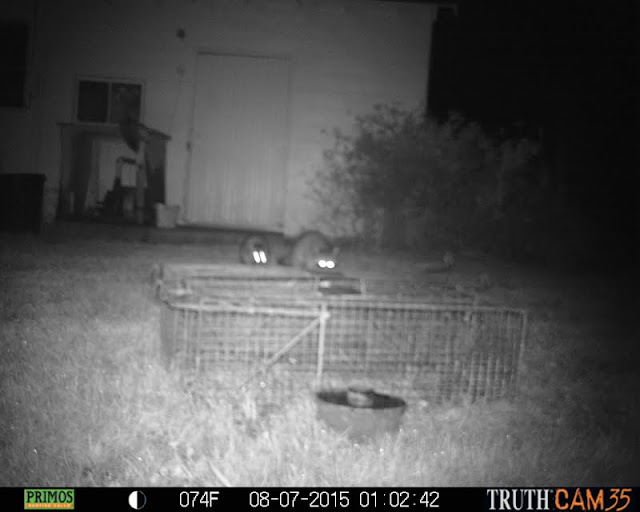 and I think this is the heirloom rose, Reine Des Violette 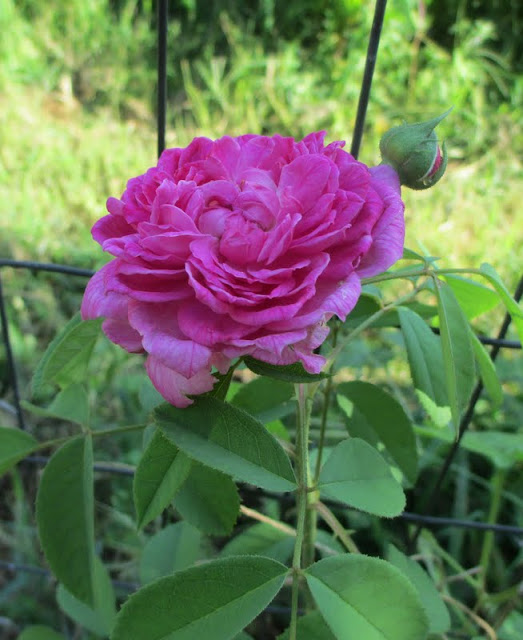 The zinnias are still going strong but are getting a leaf disease as usual,  I am leaving some for seeds which will also not look pretty, 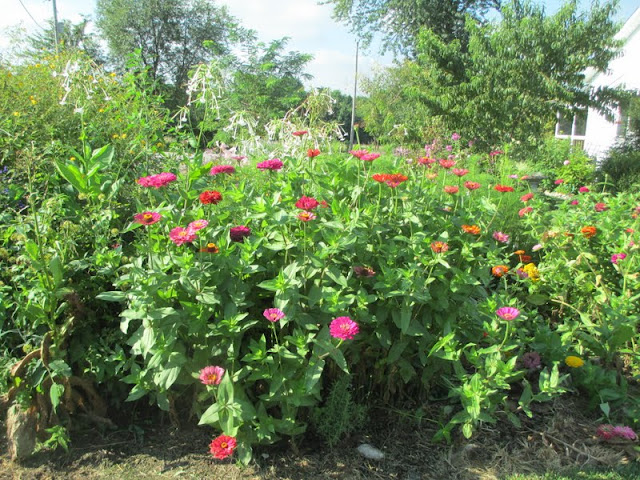 I thought I had killed  this rose of sharon  when I accidentally sprayed with herbicide instead of Sevin, but it has returned, maybe not in full glory, but the blooms are the same. 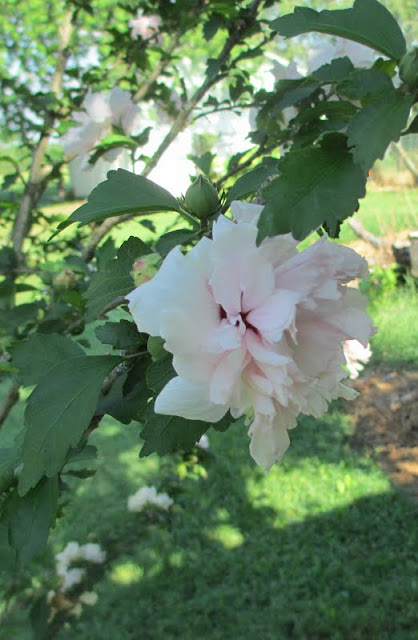