They called yesterday that the ATV is fixed.  I had worked in the garden and canned l0 pints of tomatoes and was feeling a little tired.  We decided to go early this morning and do our shopping at the Wal Mart in Bolivar.  I was out of some odds and ends....one being ground ginger.  So were  they!  I couldn't believe it.
I did see that they had King Arther flour in 20-lb bags but only the all purpose; no bread flour.  Is still quite a savings but DH didn't want that large a bag in the freezer....I may have to convince him.

I bought DH a really simple point and shoot Canon. He likes to take one with him when he checks the cows.
It has no bells and whistles except zoom and he forgot to use that!  I think Canon has better color and clarity than my Panasonic.

Sample Pics with Canon A4000 IS

The red one is semi-retired Willow. 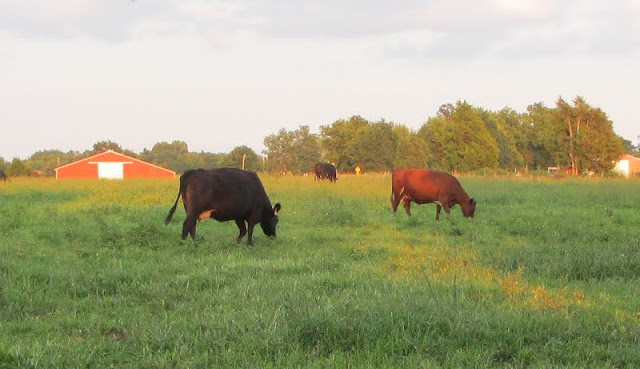 I took these in full sun just point and shoot out the door,  This is the front yard with the River Birch in the center, 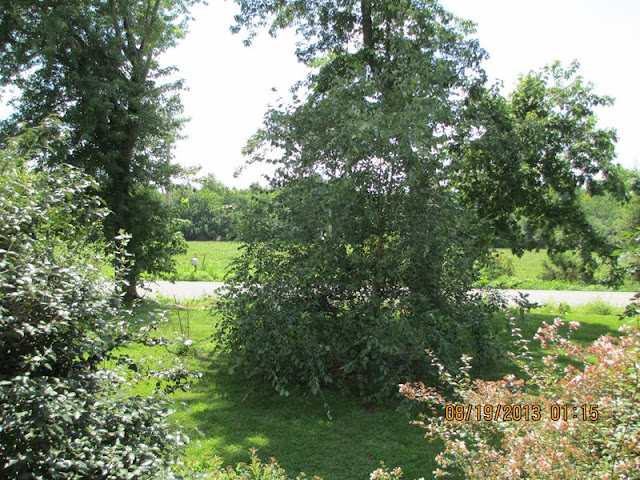 and this is taken from the dining room porch looking south.  That is a dahlia in the foreground and the Limelight hydrangea. 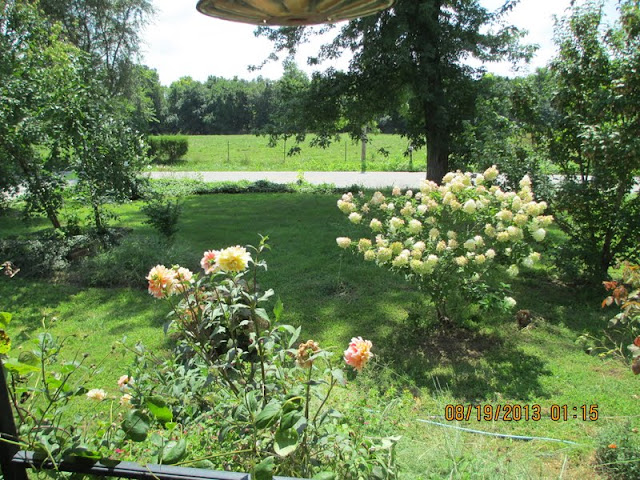 I just turned north east on the porch and took this of the Humming  Bird Bed, 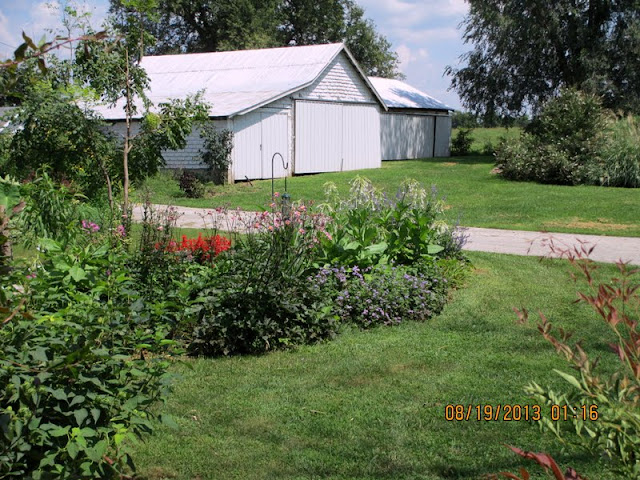 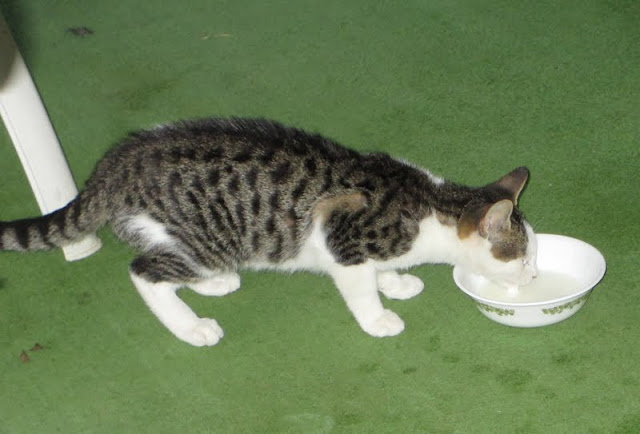 Sugar does not think she lives here.....so she may chase her off.
Posted by gld at 1:47 PM