I was up early again, 3:30 AM, so I am trying to get back in my old  routine of up early, enjoy DH's coffee (he brings it to me at the computer, I have to brag a little...these are some of the blessings of retirement!) while I do my thing on the computer.  Maybe I  can begin  posting a little more.

It is still quite cool.  We are loving it and so do the cows.

Speaking of the cows, I have been wracking my brain about when Willow is due and wondering about my new girl, Jewel.  I could vaguely recall thinking I would give Willow a rest from her usual August calving.  She is getting pretty old.  I also didn't want them calving at  the same time either.

Well if I wrote it down, I haven't found it.  DH found in his drawer where he keeps all things he wants to remember written down on various things (even though I have bought him several notebooks for this) that we turned the bull in February 22 and I finally found by using search on the blog where Jewel has her first heat April 3. So if she settled then we should be looking for a January 10 calving.  Willow is so sneaky, I haven't a clue but she will be fine on her own out with the other cows.  Jewel is still up close to the house.

and here she is looking very fit these days, 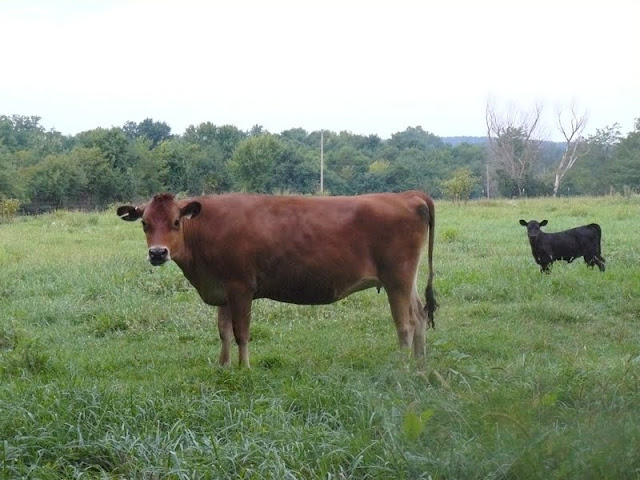 I  took this the same day, This is the field east of the house, called the East 20, 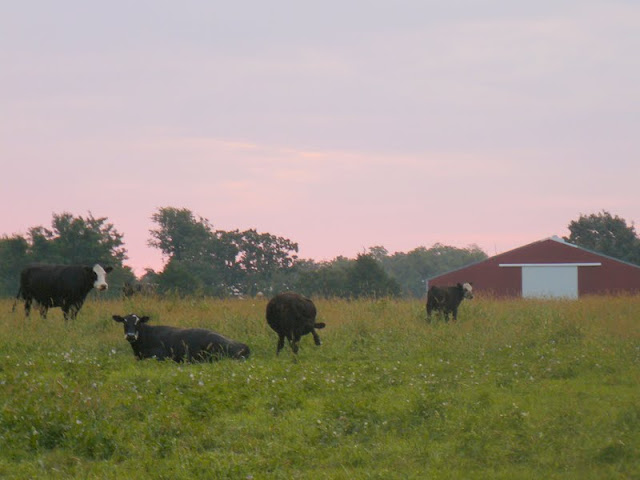 Note the bull in the background along the fence; he is on the move early because the neighbor's bull is across the road talking to him, 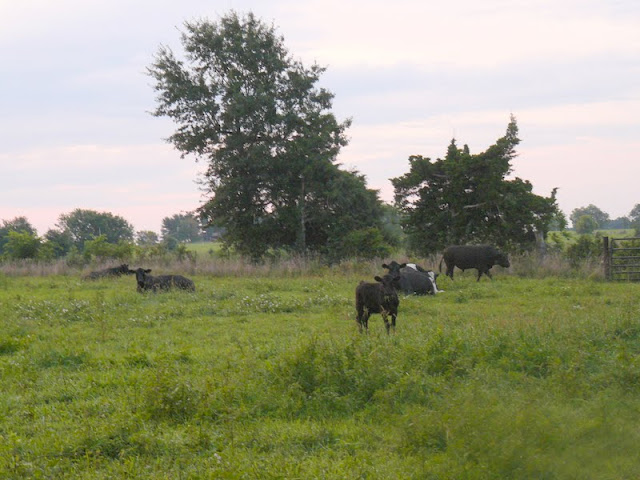 GD took these when she was down, I think she has a very good eye for photography. 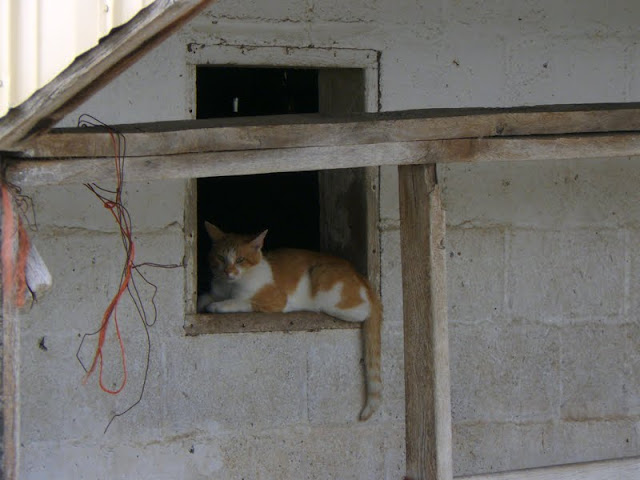 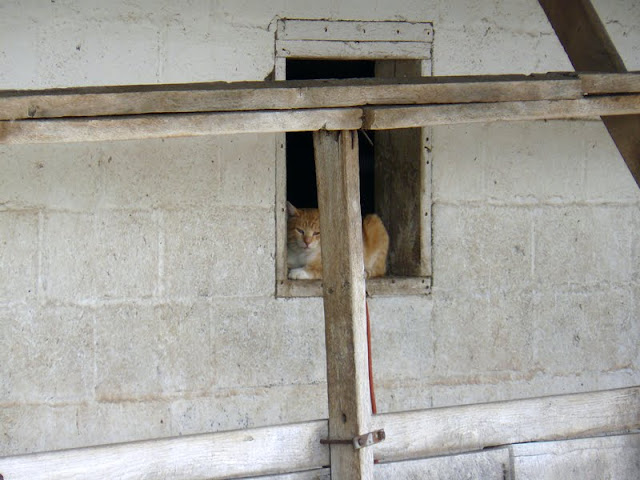 This is probably the pond on the old farm, I think we have seven ponds.... 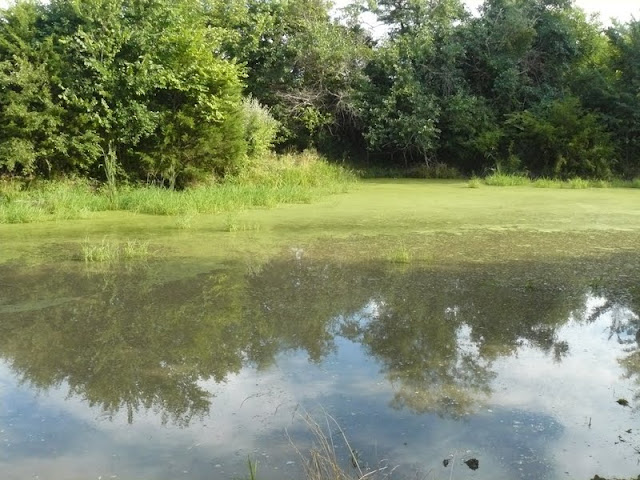 I like this because of the color of the old grass and Sugar.  Her tongue is hanging about because she ran along side of the ATV the entire time they were out, 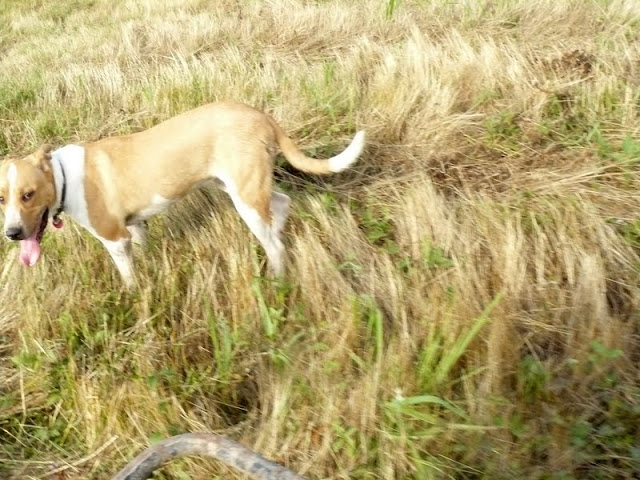 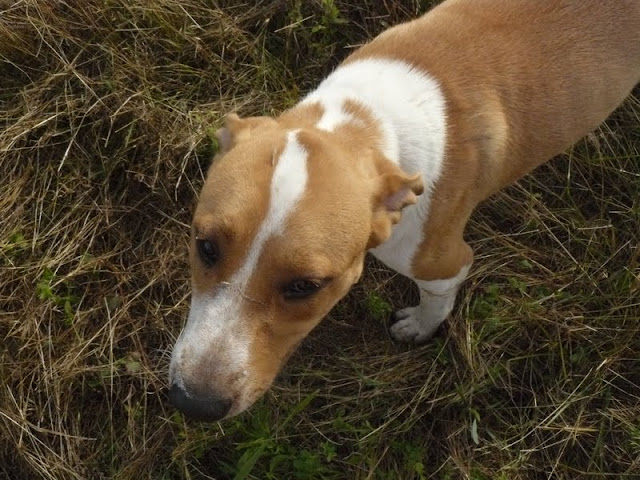