I slept until 4 AM.  My method of stopping coffee after breakfast seems to be helping.  I started back on glucosamine because my knees were telling me to.

Yesterday we began another project out side.  Since the bad ice storm and  tornadoes of a few years ago, we are very conscious of trees near power lines and the house.  We decided to have a dead Elm along the drive taken out and the lop-sided Ash tree on the east side of the drive.....then DH said to get the other Elm at the front of the drive while they were here. Elms are the blight of any homeowner...these were what we called Chinese Elms but I think are really Siberian  Elms.....whatever you call them (and I have called them worse!)  They draw elm beetles  and Japanese beetles and constantly drop small  twigs and limbs.

The utility company had recently limbed one of the old, hollow soft maples along the road in front of the house  and left it looking extremely lopsided and ugly even when in leaf....out  it came too.  They ground all the stumps and even got a couple of old stumps we had left from previous removals....So, 4 large trees, 6 stumps and  complete  cleanup, even down to raking and I get all the chips and sawdust I want, total charge $1800.  We thought that was very reasonable (of course, once again, there went my new sofa!)  I hope we have a large load of calves  to sell and I can still squeeze in some inside things.......time will tell.

I took pictures through the rain this morning.  The guys were going to come clean up today but the rain will stop that. 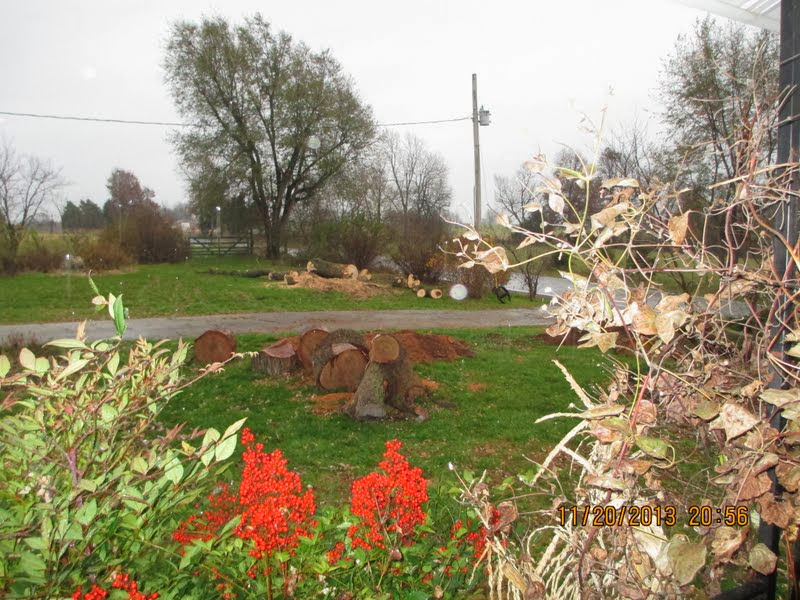 The old damaged maple  out front, 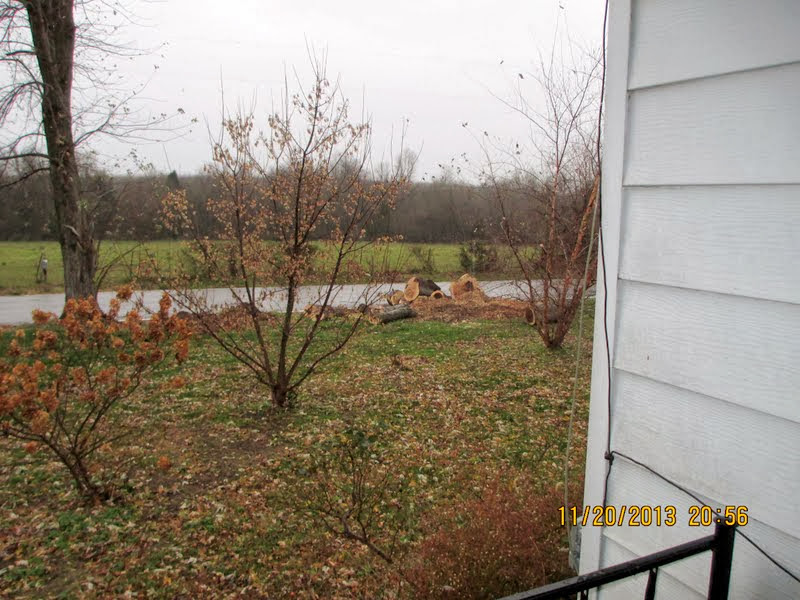 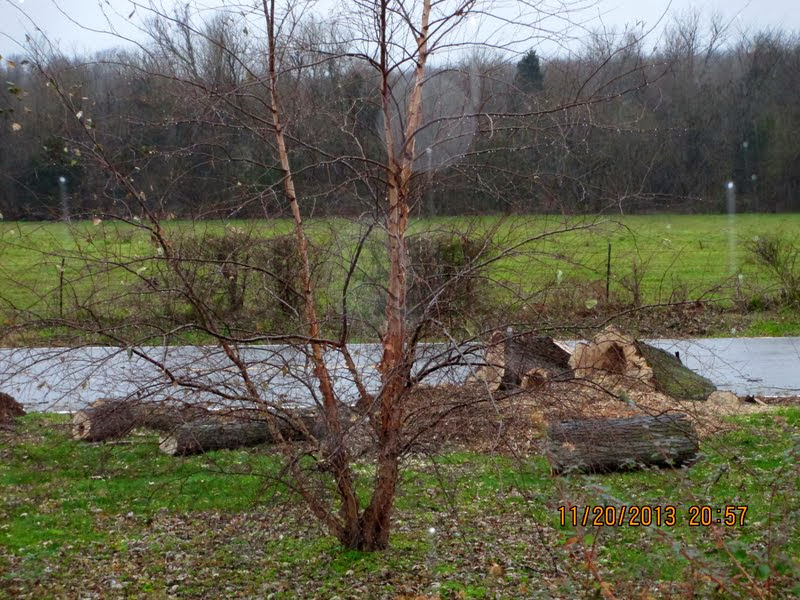 You can just see the edge of the chips out by the cellar in front of the sheds, 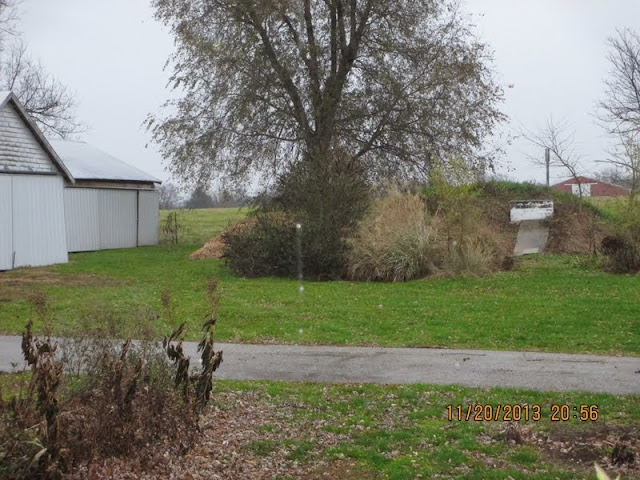 I think we will  run some errands  while it is raining.  Walmart left part of  my things bagged on the carousel and also made a double charge on an item.  The clerk made two other double charges on the ticket but caught those and  corrected them......we will be avoiding her in the future.  Makes me wonder how many errors we have had in the past; I don't pay close attention....I will in the future.