We are still enjoying very nice weather.  The temperatures are running about 10° higher than the norm.

This past week, we picked up the processed hog our son had ordered.  He never wants the liver or the ground up fat.  I take these gladly.  I made lard.  I placed the thawed, ground fat in  my maslin pan.  Added a cup or more of water so it would scorch on the bottom and placed the pan on low.  I was careful this time to not let the cracklings get to the brown crunchy stage.  That doesn't ruin the lard but gives it a tan  color and a little pig taste that makes it not good for pie crusts.

I have over done that before.  I never use the cracklings (the chickens get that).  It doesn't take long.  I then strain the fat through two layers of cheese cloth and pour into containers to store.  This time, I got smart and put it in shorter glass jars. Easier to dip into. 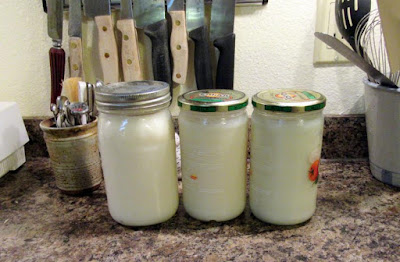 I just wish I had greater access to the fat.  I have asked the processor but he doesn't save it.  I am betting he has a source he sells it  to if the people don't want it.

The lard from the stores is partially hydrogenated which is what I am trying to avoid.

I finally cleaned the pumpkin patch.  It filled  the garden cart heaping full. Found three more pumpkins bringing the total harvest to a self seeded vine to 13.  All from one seed.  Long Island Squash would always be my go-to pumpkin/squash.  It is a moschata type which are more resistant  to squash bugs. 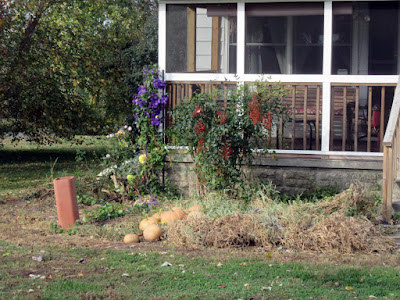 I am almost finished cleaning the overgrowth of weeds from the  light pole bed around the propane  tank.  Still have some string trimmer work to complete it. 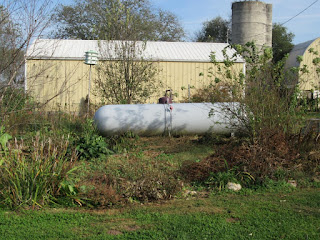 It doesn't look like much but suffice it to say before you could barely see the propane tank.


We have a new varmint laying about the yard.....thankfully he  doesn't eat anything!

This is part of the tree stump that I left laying....every time I mow he gives me a start! I love these kinds of varmints!  BTW, we caught another real one in the live trap  night before last, a possum.

We seem to have an endless supply.

I leave with an interesting view of the sky: 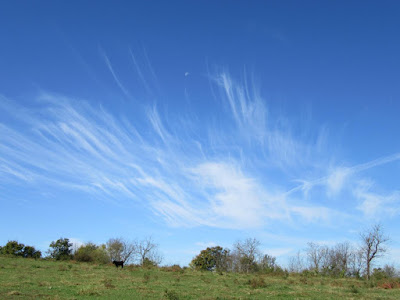