Medical Advice to Everyone

A lot has happened since last post; most not good.

We had postponed our Thanksgiving dinner until Friday so both kids could be here.  They had just helped my  MIL into the house and she was standing in the kitchen  doorway holding to  the frame  and suddenly went straight down.  We rushed to her and saw her leg was bent about 5 inches above her foot in a 45 degree angle.  We called the ambulance.  Max and our son went to ER with her....I  was left  to feed  dinner to remaining family.  It was a very subdued dinner.

In the ER they straightened her leg and wrapped it from  foot to just below her knee.  The orthopedic surgeon who happened to be in the hospital answered the call and did that.  He also told them how he treats this kind of break ;  wrap, wait l0 to l4 days before surgery so all swelling is gone. The patient is then sent to  a skilled nursing facility for this time. Of course this conversation was not where Max or Steve could hear.   Instead, the first mistake happened.  They admitted her telling us they would do surgery in 4-5days.  For the next 4 days someone would tell her each day, no surgery today,  maybe tomorrow.  Finally at day 4 I decided to see what was happening.  The surgeon, who actually called and talked to me in her room, apologized and repeated what he told the ER.  I worked with a nurse liaison person, a patient rep. (social worker), her on duty RN, a Nurse Practitioner from the surgery group, the hospitalist.  We were  first told her insurance and Medicare would not cover her stay past two days and none of her Skilled Nursing Care.  They printed off the rules.....!  I protested loudly and reminded them non of this was not her fault.....finally after them appealing to two different doctors who reviewed her case, at 4 pm.  they told us all was covered and would be for the l00 day rehab time.

Next step is I am getting her out the the present skilled  facility asap.  I don't know if I can do it before her scheduled surgery on Tuesday or not but she is not going back to it after.  They gave already made two errors.  Her leg was swollen above the wrap and no one had checked that leg at all the night she was brought in nor all day yesterday until I called and asked  the RN to do so......still waiting for a call to see if the resident doctor sees it today.  Sylvia also told me no one checked it in the hospital.  Unbelievable.

I guess we could just set our old folks out on an ice floe and push them off shore like some cultures used to do.  They are almost treated as disposable people.

People let this be a lesson!  If the patient cannot be his or her own advocate,  they must have someone representing them who cares.

OK.  Rant done.  This was very scary to me.  I used to think once under hospital care you could relax and quit worrying......wrong!!!

My internet provider installed new equipment at no charge to work with their new system and it almost  doubled my speed and clarity.  I am a happy person. I stream lot of things  from Amazon and Netflix on my computer. 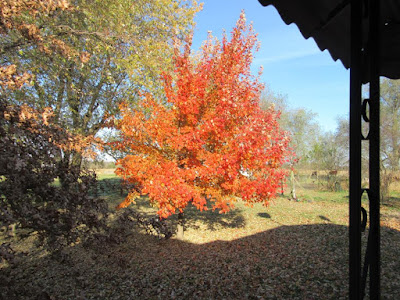