Lots of news here.  First and most important I have a yard service! I know I have been excited before and let down when they disappeared,  but this may be different.  He is someone who does this for a living and has been doing it for 17 years.  He does some citified landscape work which won't work for me but does it all.  He is engaged to the niece of our former neighbors; the one whose son still stops by and  visits with us.  I am hoping that connection means he is permanent.  The neighbor's son works with him....keeping my fingers crossed.

They worked 3 hours yesterday and got most of the trimming done and all of the yard debris picked up (three pickup loads).  I have lots more for them to do and they have promised me a day next week.  I went out this morning (in the blustery spring winds) and took a few pictures of the work so far: 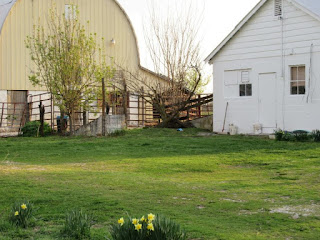 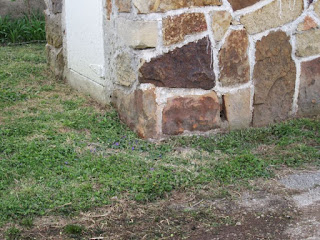 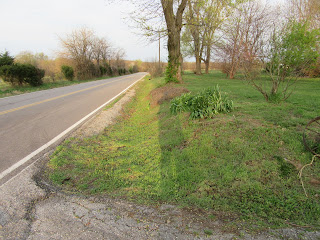 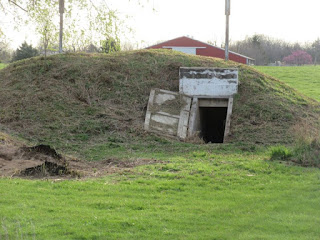 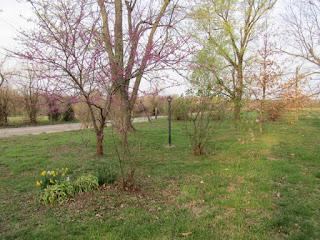 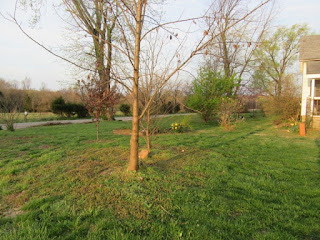 They also cut sever sapling Elm trees from near the.  This is work that I would never been able to get done at one time.  He also said he will come once a  month or however I need him!

The red bud and crab apple are in bloom and one sickly hybrid lilac.  The old faithful Miss Kim and the vulgaris varieties are loaded with buds but not open yet.  I still have lots of daffodils in bloom.


I have planted tomatoes and peppers and have them under lights....maybe a week or so too early but it is done.  I  also did a couple of varieties of eggplant.

News from the farm:

Jersey milk cow, Jewel, calved with a heifer calf and I got to use my old skills from dairying....she developed milk fever the next day and I administered a bottle of CMPK IV (her milk vein).  We had the vet and by the time he checked her out  she was up walking.  Good news all  around; I am not totally useless on the farm!

We will start using her milk by tomorrow.  Max is milking her  out daily to remove all colostrum.  Baby is nursing three times a  day.

Still being careful of baking but plan to do a simple pumpkin pie from my frozen Long Island Cheese squash/pumpkin later today.