I thought this had been published on the 15th......nada.  I downloaded Yahoo Messenger and have been loaded with lots of extras stuff....busy getting rid of it.  It also caused me to be unable to post pictures to new posts.....still working on that one!  May I never download another thing again...................Amen.


The weather has moderated a bit....48° at 3:30 AM.  We had a very light mist during the night. Poor DH had to take Sugar out 3 times. I think it is due to the wormer and thankfully, that is over.

Not much has happened since I blogged last.  I did remove  the shower doors and framing.  We found a curtain we liked and a few small accessories.  I am going to order reversible dark brown rugs to pick up the brown in the curtain. I will never buy a rubber backed rugs again.....these have deteriorated to the point of leaving traces stuck to the tile flooring that have to be scraped off.

My towels go with the curtain fine but I may order a set of dark brown just for a change.
These are the accessories.....now I have to keep the vanity cleaned better! 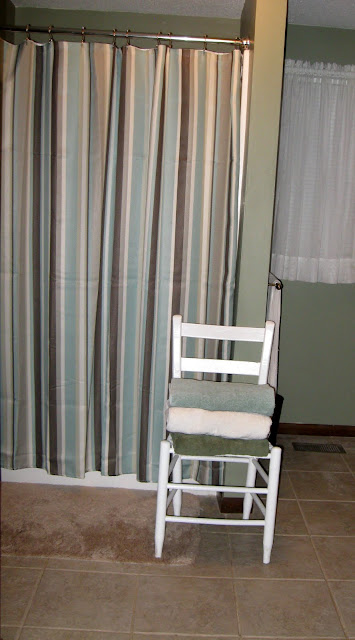 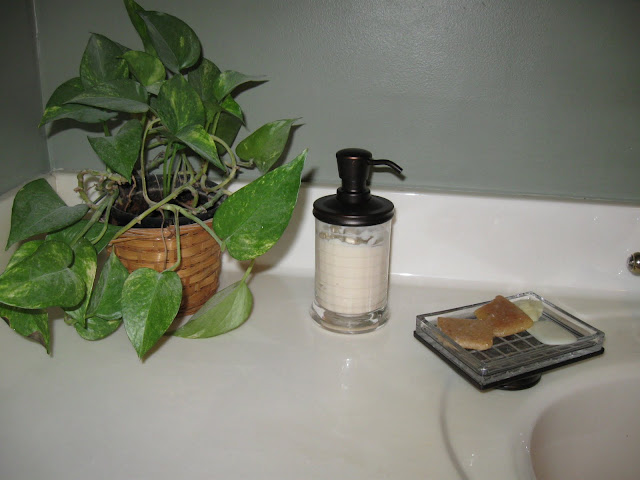 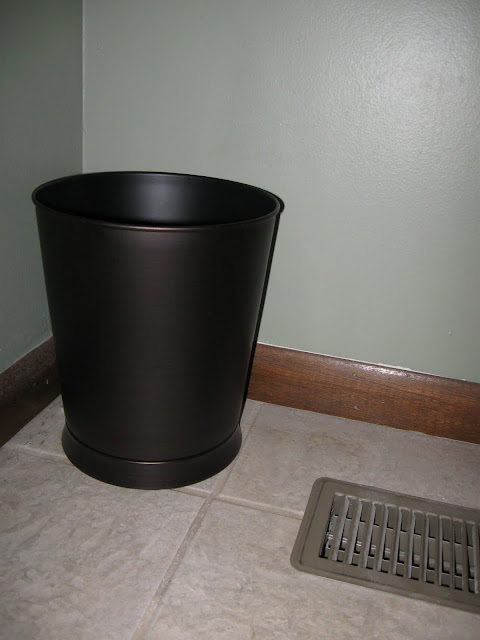 I still need to work on the silicone residue and apply the trim to cover the holes where the shower door frame was.  I will  hold off on that until I see  if we are going to love the curtains vs. the doors.

I made a batch of Mom's peanut brittle yesterday.  I made it for my MIL, she  said she would never  make it again and gave me her raw peanuts.  It was my FIL's favorite candy and he asked for it  often.  I was so happy I made him some just before he died.

This is such a simple recipe.  I have never had it fail.  The tricky thing is waiting for the light brown stage.  I start smelling the cooking peanuts just before there is just a slight tan tinge....then get it off the stove and finish it.,

Mix first four ingredients into pan stir while reaching boiling stage.
Boil until a thread spins. Add 1-1/2 cup raw peanuts. Cook to light brown stage, stirring constantly.
Add l teaspoon soda and l teaspoon butter. Stir well.
Pour onto buttered cookie sheet. I stretch a little just as soon as I can handle it. I like it as thin as possible. When cooled break into pieces and store airtight.

Note: I forgot the pinch of salt once; just sprinkled very lightly over top with salt shaker. Worked great.

This is how it looks once you stretch it to the breaking point. 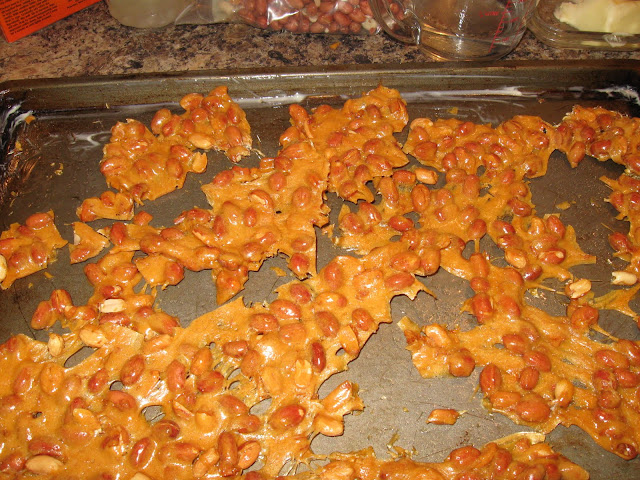 and this is after being broken into bite site pieces. 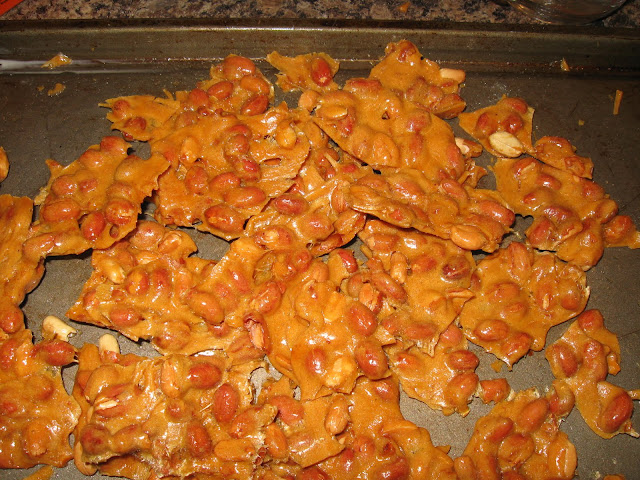 The birds have found the feeders at last.  We have woodpeckers, finches and white crowned sparrows so far.

I still haven't mastered shooting in the sunlight, but here is what I got from my desk chair shooting onto the porch (east) into the morning light.

The woodpeckers waste the most food.  Can you see the corn in the background.  They sort of root around looking for the sunflower seed, knocking out of the way anything they don't want. 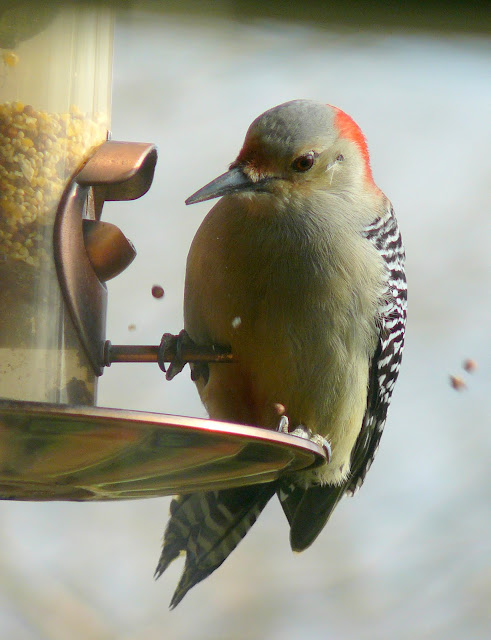 The quality of this isn't good but I like that I can see four different species of birds at once. 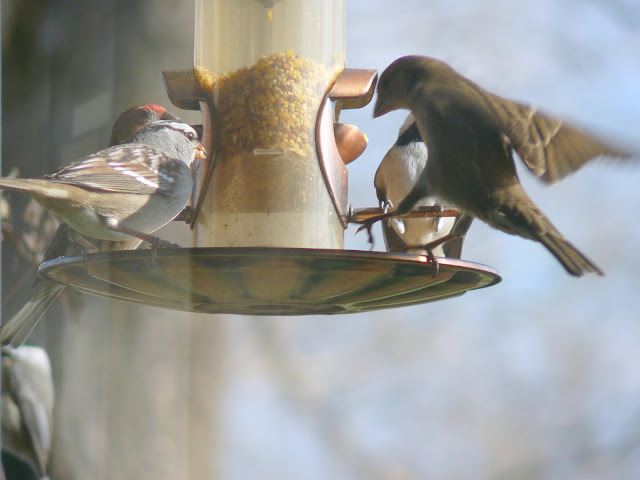