We got a scattered heavy frost this morning and are supposed to get down to 28° soon.

After milking yesterday morning, DH and I loaded up the sweet potatoes and took them to the MIlk Parlor.  I sill have to clean and sort them and then will bring them to the house unless I can get the hallway in the barn up to desired temperature.  We use an oil filled heater out there.

We also brought the squash in and temporarily stored them in the west chicken house.  It is insulated with bales of straw in the ceiling but will still be too cold so I will move them to the barn also.

I was so curious about what kind of flesh I would get from the strange shaped ones.....they were supposed to be Butternut seeds and not saved seeds.  Some were quite normal but large and others almost round.

Here is the one I tested. 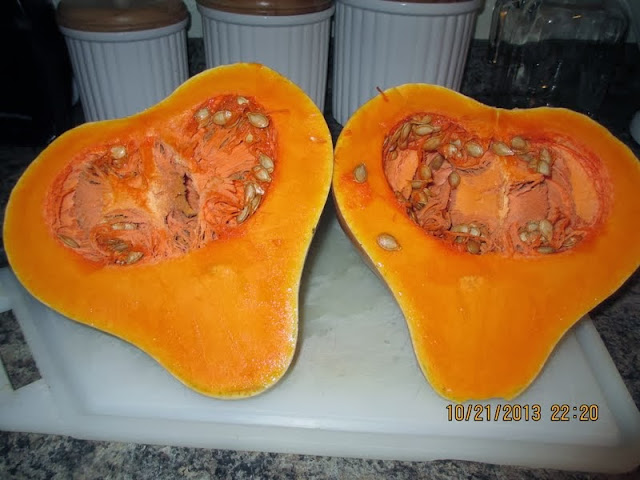 I used a ruler to give some idea of the size, 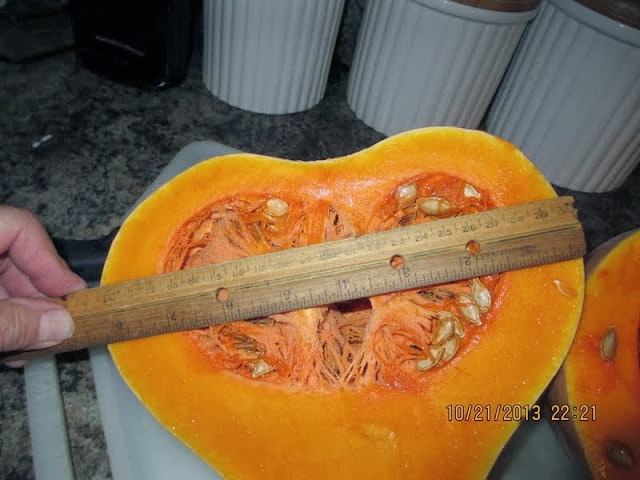 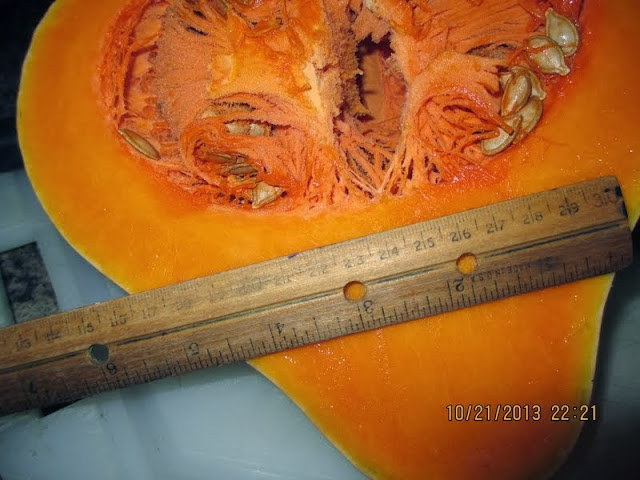 I wanted to try the Victorio strainer with it.  I have never used it on pumpkin.  If I am satisfied with the results, it saves two steps:  Scraping the flesh from the skins after cooking and pureeing the remains . 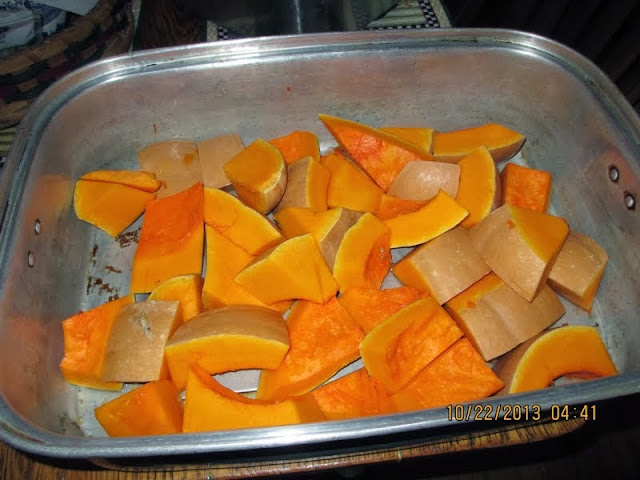 I cut the squash into smaller pieces, added some water, covered and baked at 400 until tender.  It didn't take very long,  under an hour.

Then I ran it through the strainer using the pumpkin cone.  It went very quickly.  The only negative and it may not be too bad is some very tiny pieces of skin also came through.  I am curious about that.

I removed the shield that drains the pulp into the bowl before I took the picture. The real test is now in the oven.....I made a pie this morning using the recipe from Joy of  Cooking.  The pie made too much for my 9 inch dish.  I will bake the leftover in a custard cup.  Next time I would simply reduce the amount of cream by 1/2 cup or use another recipe......or try to find my 10-inch pie plate!

Lorraine, I also spread some mincemeat over a part to test.  I hope I marked the edge of the crust enough that I can tell because I want to test it first.

I got three one-pound packages with one cup left over from this squash......this means I have enough squash to make approximately 50 pies!  I need to give some away but I am probably the only person I know who would use this method to make a pie (or 50 pies).

Will report back  later.