We have had a little more rain and some very unseasonably cool temperatures.  I think this is what the oldtimers  call 'blackberry winter'.  My blackberries are in bloom and it is 41° outside.  I didn't plant tomatoes or peppers and they are back under the lights on the back porch.

We had an old  cow with 'curly' toes (needing trimming badly) up to sell, but DH noticed she was bagging up so he turned her back to the field.  The next day she returned to the barn lot and had a baby, a bull calf.  I guess she felt safe out of the rain there since she had been up for some time.

She is still too thin which is another reason we had her up feeding her some grain and having hay near so she wouldn't have to graze. 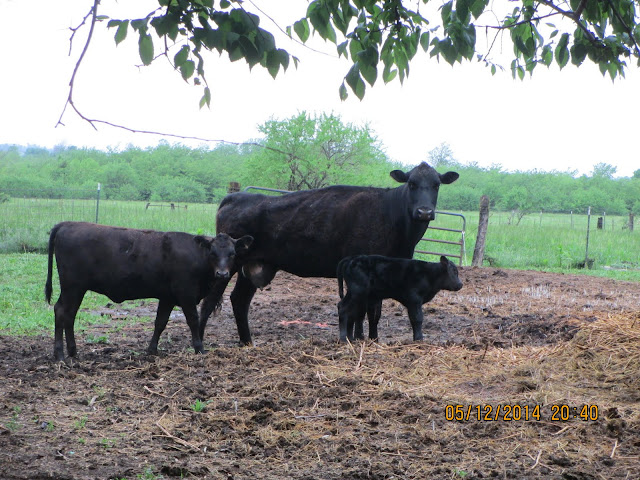 The other really dark, almost black calf, belongs to Jewel the Jersey heifer.  She seems to get darker weekly.

This is Willow and her fat and getting pretty sassy baby, 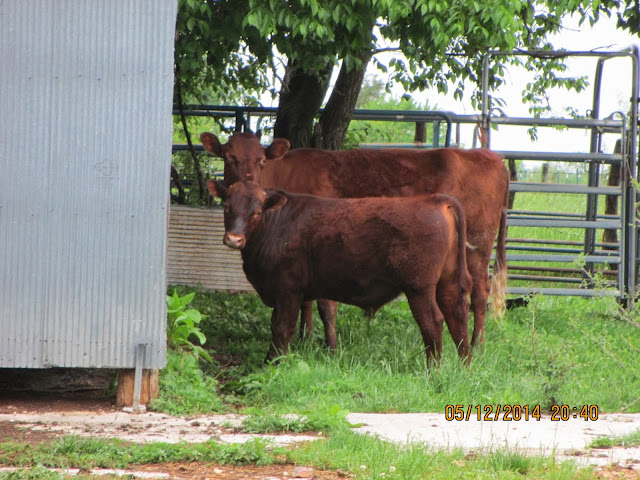 He has tiny scurs so I hate to pass that gene  along but he is so fine, I think I will keep him as a herdsire.  I am sure he is out of Willow's two year old son which is why the red gene  seems dominant.  That would make him .75 Milking Shorthorn which is a very good thing, only .25 Black Angus.

I had to include this one.  They were in the back barn lot where Willow and calf were: 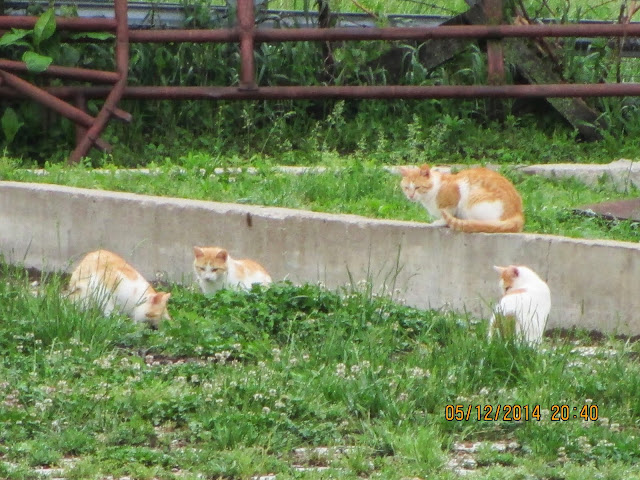 
I think I am down to just this one white salvia, 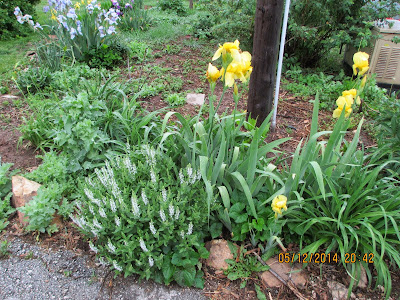 Walmart  had two varieties for just $3 or $4 the other day.  I intend to go back today and pick up some.  They are a very carefree, long-lasting perennial here.

I need to rename this new bed The Iris Border: 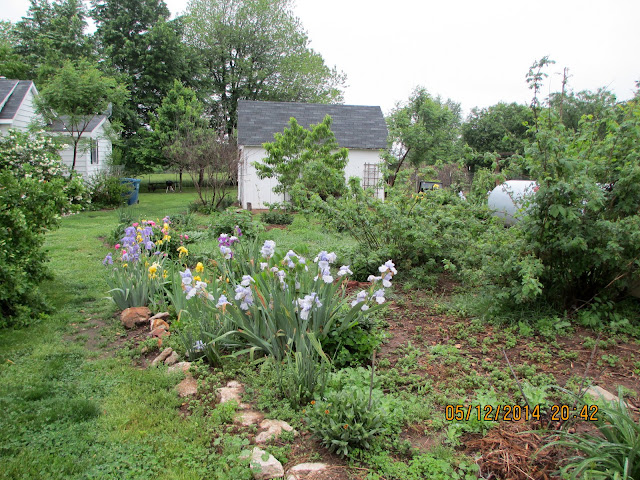 This iris is actually a very rust or cinnamon brown,  obviously my camera does not recognize this shade! 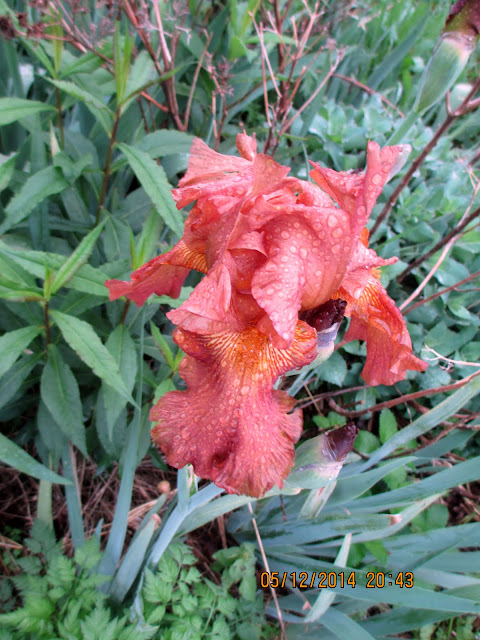 I had to throw this one in here since  it  is directly related to my living on the farm:

This was taken on last milk  day.  I lost control of the hose during clean-up. 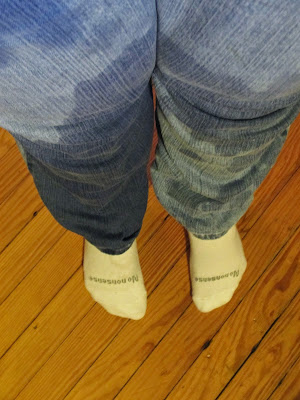