The Hiatus Is Over (mostly) 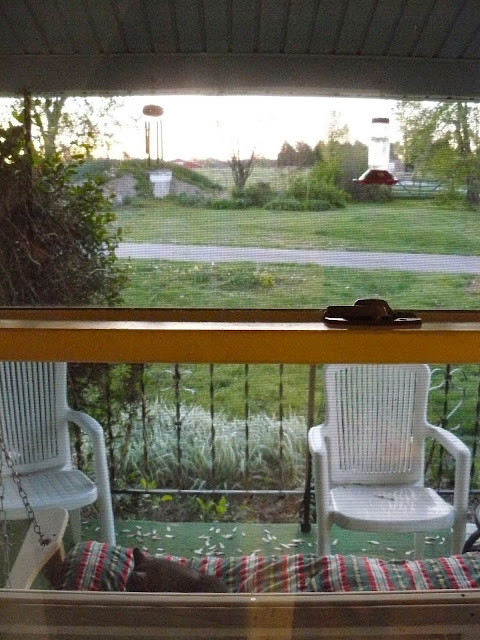 This is the view from where I sit at the computer.....things are getting very green.

(Hiatus refers to the long time between posts)

I hope things have settled  down here for a bit. We have had more company over the weekend. It is not definite; l9  year-old granddaughter will be staying with us this summer.  She wanted a break from her normal summer jobs and will be taking care of a neighbor's 8 month old son...just around the corner from us.  Another one of those "it's a small world" stories.

Not much has been happening either on the farm or in the house.  It has been much colder than usual and very windy.  Outside work has been kept at a minimum for me.

DH, of course, has normal cow chores.  Nothing has been done about fertilizer for the hay fields and ,as late as it is, maybe we won't be fertilizing this year.  The cows have grazed the hay fields since last May so they have been depositing natural fertilizer all along.

I did finally get 4 bunches of Candy onions planted.  I watered heavily afterwards and they have greened up nicely. They were sure sorry looking when I put them in, the tiniest I have ever received from Dixondale.

We have  finally ,over the period since  I last posted, received about l inch of rain.  We are still way behind.

I still need to prune back the blackberries but will wait until it warms up.

The early dark blue/purple iris from the neighbor (aka Lisenby Iris) is starting  to bloom and I see buds on some other early ones. 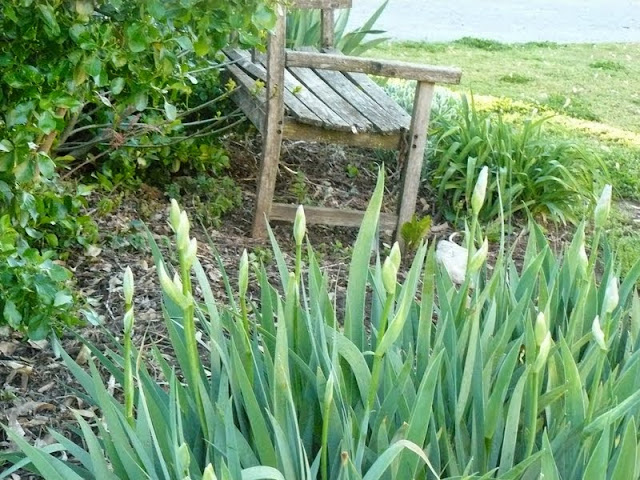 A few money plants are blooming.  There aren't as many as in other years.  I do have two variegated ones left that I really like.

The daffodils are about finished.  The May ones (rustled from a ditch) are in their glory now.  I like their simplicicty.  I see they are still blooming in that same ditch.

I have managed to clean several beds and pruned all the clematis. We had a trailer load of debris  that my assistant hauled off the same day which set a new record for tidiness for us.

I began the Edward Gloucher abelia pruning a couple of days ago and still need to top it back some.  I wish it were in another place...I need to try to propagate it. 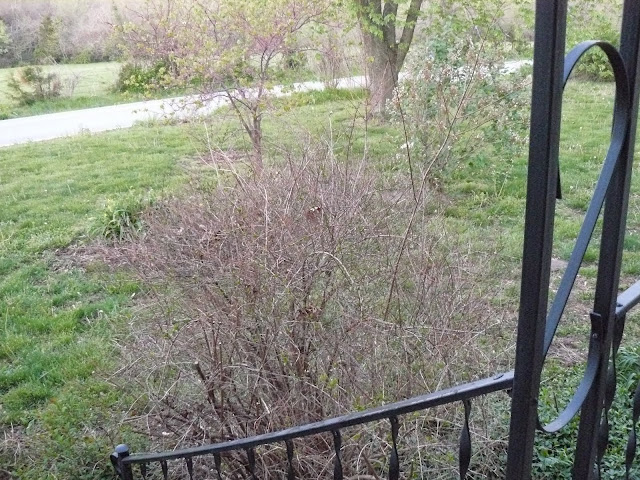 You can't see here, but it does have some green tips showing.  Lots more debris to remove after the pruning. 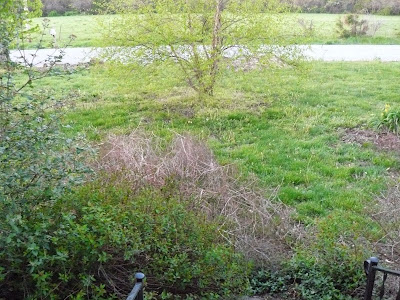 I was worried the  poppies  weren't returning.......checked recently and found a lot of them.  The  should be thinned ruthlessly (the hardest thing for me to do!) so the blooms will be large.  I am always afraid I will remove a special color..... 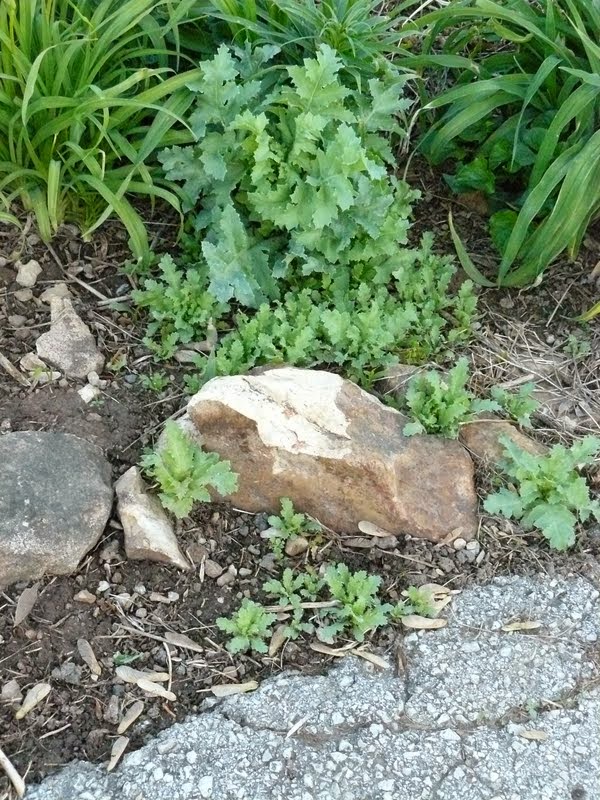 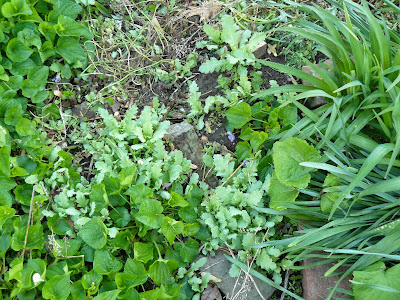 Here is  another pleasant surprise.  I have been growing golden agastache from seeds from Kris for a couple of years now and it never self seeded.....this year after the worst winter in years look what I have! 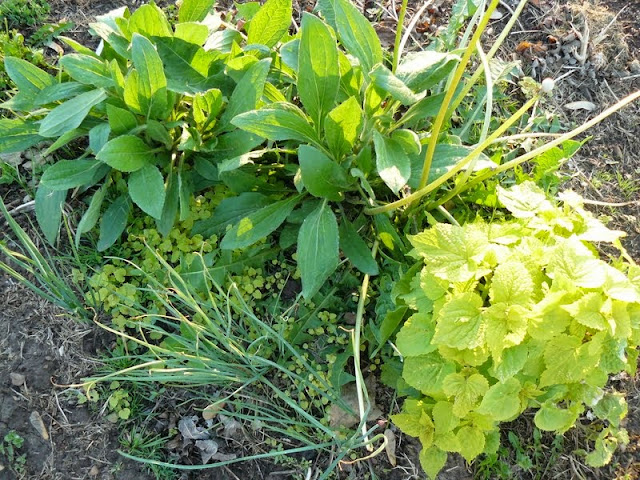 See those tiny yellow seedlings to the left of the mother plant?  There are equally as many on the other side!  I will transplanting lots here and there for color and fillers.

The snowball bush by the back  door is in its green stage.  I sprayed it with dormant oil so I hope the aphids won't be so bad this year. Once you see them it is almost too late for control because the leaf curls so tightly around them. 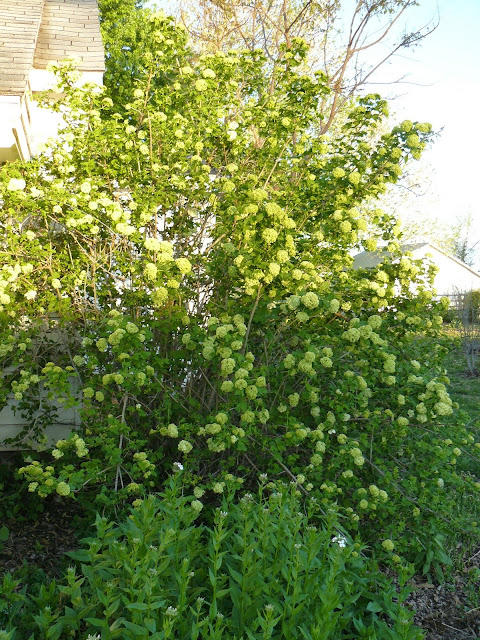