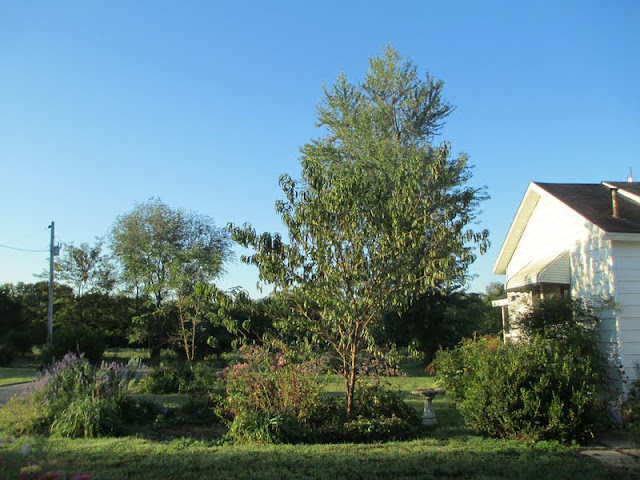 Not a cloud in the sky!  and it is very cool.  The grass is very wet.

Overnight these popped up: 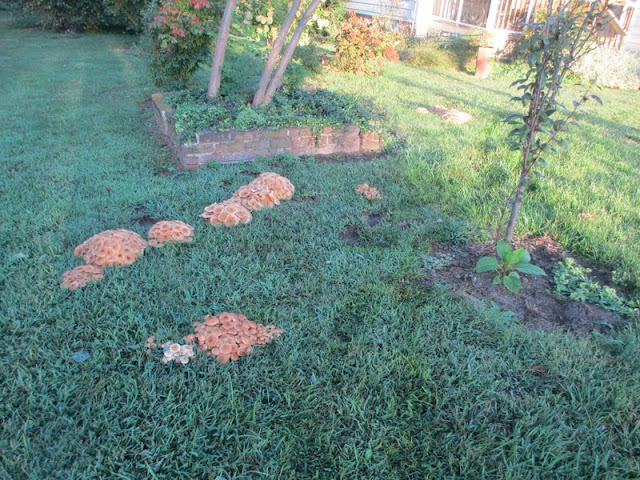 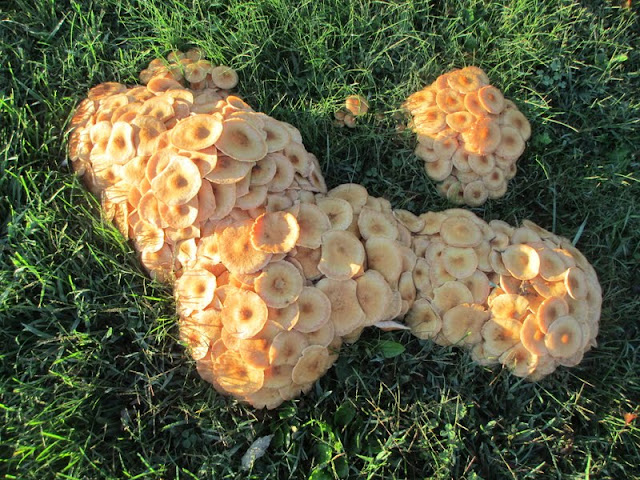 We have had a new development in the varmint issue.  Yesterday morning vultures were landing just in front of the trailer right outside the back door. 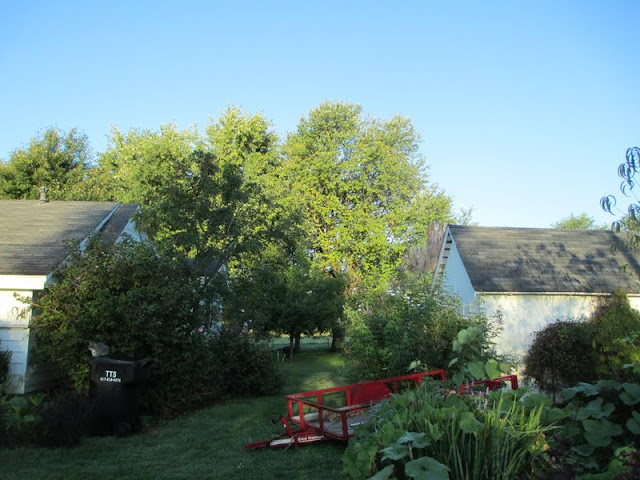 DH found a very dead armadillo in front of the trailer  next to the garden.  No idea then what killed it.  Later on he saw a large groundhog near the carcass!  He shot several times but it got away.  We now think he is the guilty party.  I saw it again this morning in the garden but by the time we got the gun, it was gone.  We don't know now who dug the huge hole under the propane tank, the armadillo or the ground hog.  Either one is not welcome here!

While the grass is  drying, I think I will make bagels.  I have been out for some time and tried the store  version and was not happy with them.  The only negative is they are very messy to make and the kitchen will be a disaster area when finished.
Just finished and was pleasantly surprised at the lack of  mess......maybe I am getting more  organized???? 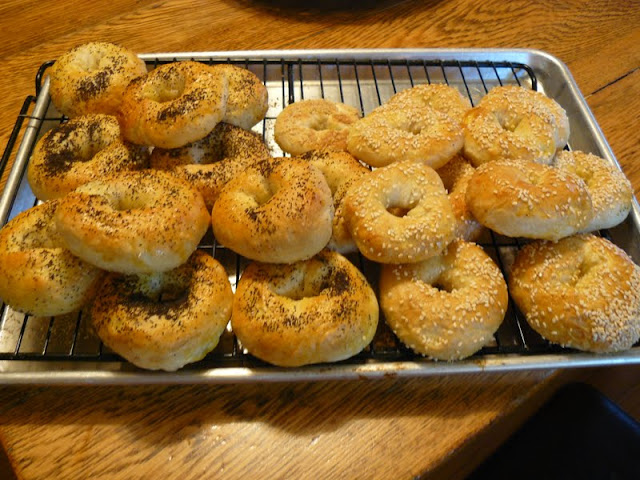 This recipe is from Thibault's Table blog.  Every recipe of hers that I have done has turned out well......except I cannot make the French bread.  I have given up on that one.  I do a version but it is not the authentic very coarse holey one.
Posted by gld at 11:05 AM