I was out by 7 AM to begin my daily gardening chores...it does seem like a chore this year!  First I drug the hose across the drive to water the Smoke Tree Bed.  I have forgotten it this year and this was the first watering.  I hope I haven't lost anything.

I trimmed some around the birdbath and then loaded up the trailer and mower and headed out to the orchard.

I began  tying up the tomatoes.....then I noticed they were covered with beetles.  I finished watering them and then began mowing the orchard....found clumps of grass that were covered with the same beetles.  I went back to get the sprayer and sprayed the tomato row being careful to drench the mulch also.  I only sprayed the clump of beetles in the photo.  There were so many on grass clumps in the orchard and the barn lot I just let them go.  I don't think they had damaged the tomatoes yet, no stripping of the leaves.
I did some online research and think they are striped blister beetles.  I used Florida U's website for information.

I am sure this is another bad result of our very mild winter. 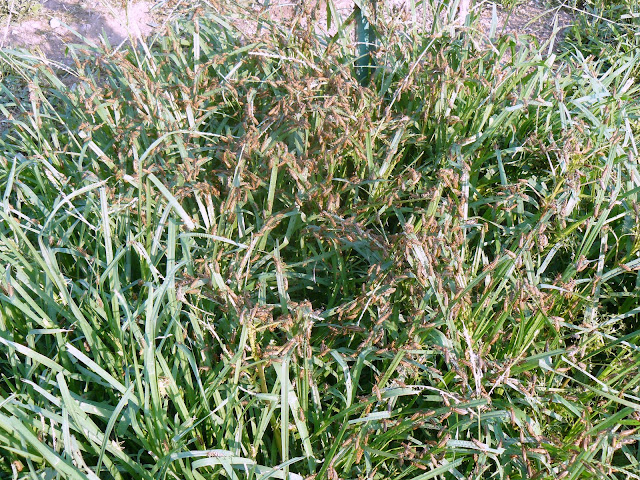 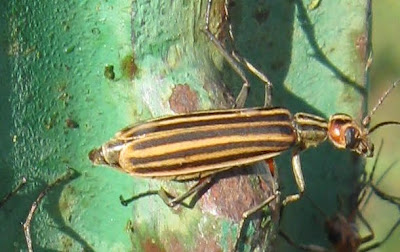 The tomatoes are still looking good. 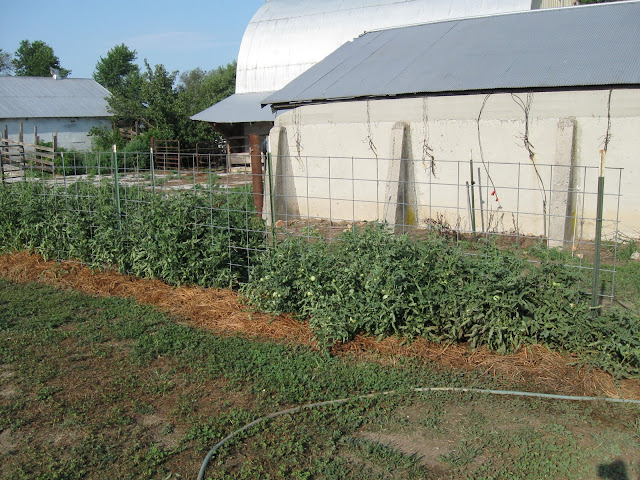 and I see more tomatoes than I thought I had, 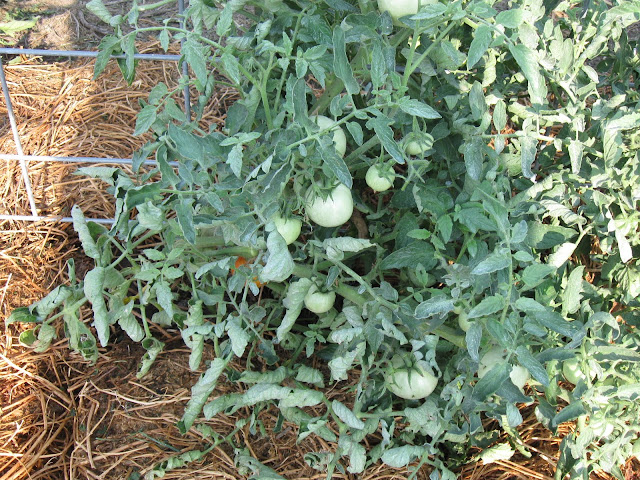 This is what allows me to garden and mow,

That is a 15  gallon sprayer powered with a battery in the trailer.  We are going to get a second trailer so I can have one available for other garden chores without moving the sprayer. 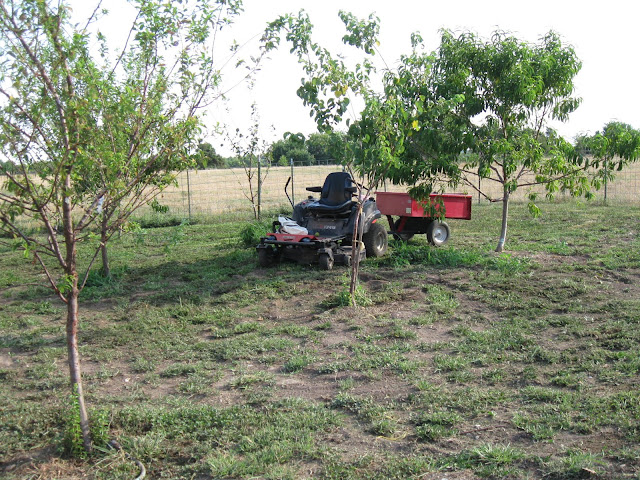 DH called me  to take a picture of one of our many cats.  He is perched on the post of the garden gate. 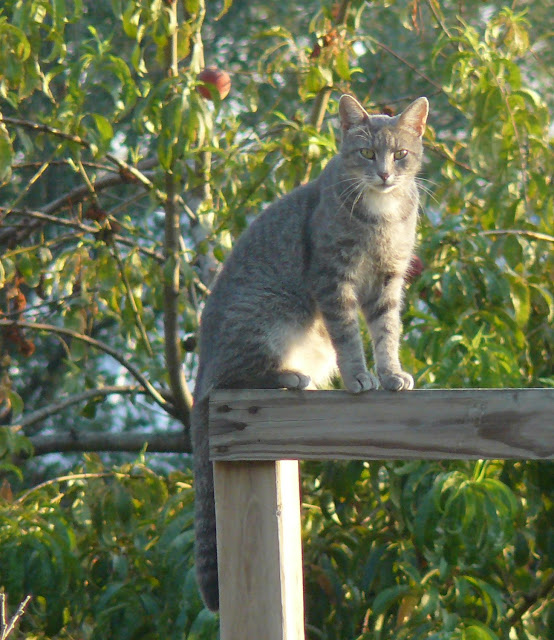