Yesterday was a balmy 40°.  The boys were able to work outside and do lots of chain saw work and general clean-up.  We woke this morning to about 20° and 3  inches of very fine  snow and lots of wind.  Now at 12:06 PM is is 13° and the last time I measured snow at 9 AM, we had 5 inches.  It has snowed non-stop since  and all our tracks are gone.

I milked both cows and we left them  locked in with their babies and shelter.  I don't worry about the beef cows but I do worry about teats freezing  on the dairy cows, especially the Jersey heifer.  DH drove the truck back and forth and cut a nice swath for me from the house to the milk barn.

I am cooking a pot of white beans with a  large ham bone.  I have cornbread in the oven and will be wilting lettuce to go with it.  I have two pie crusts thawing....may do a blackberry cobbler later this afternoon.

We bought DH  a new porch swing for Christmas.  The other one was getting very old and had collapsed  when too many guest sat on it.  I had the boys put it together yesterday before they left.  It is made of cypress.  I will probably stain it rather than letting it age slowly.

This is before the storm: 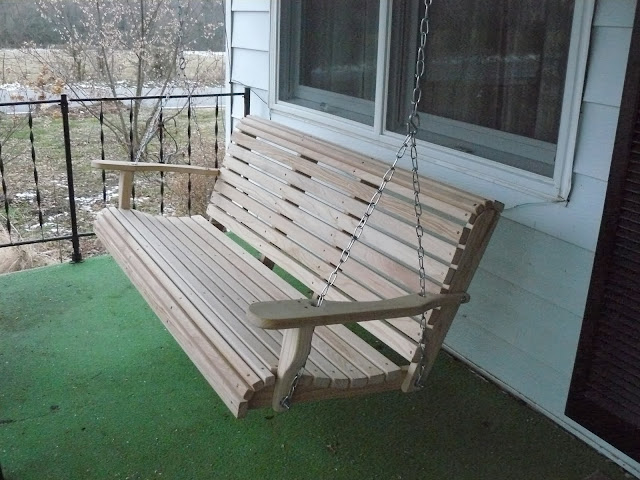 and this was taken this morning, 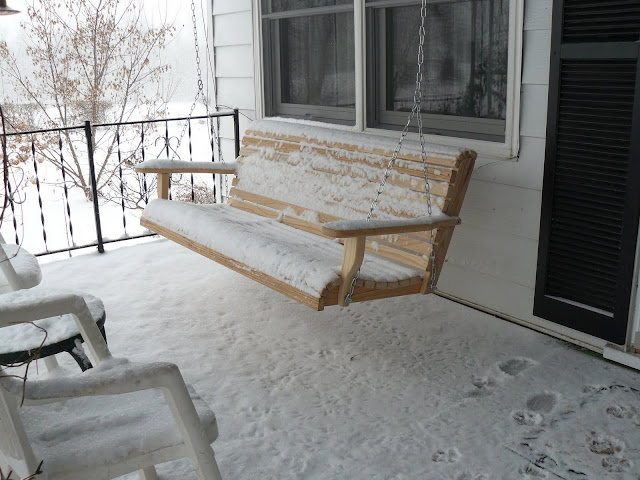 I have feeders up on the porch and the birds are flocking to them this morning, 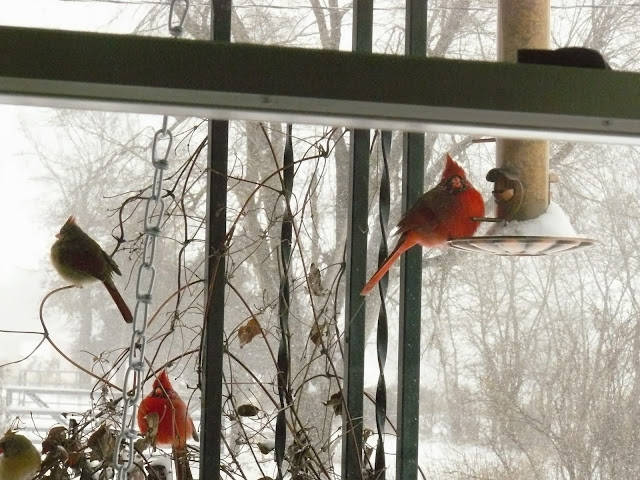 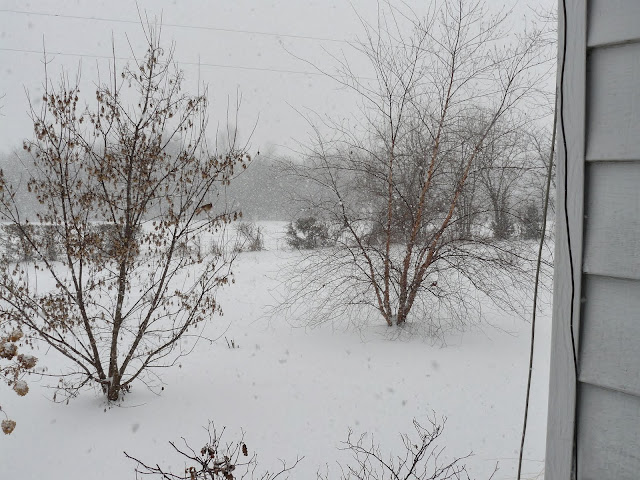 It was way past my ankles.  My pants were covered with frozen snow so I had to change when  I came in. 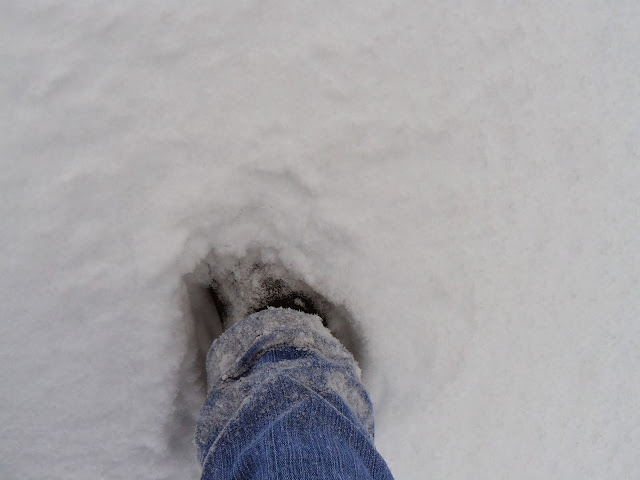 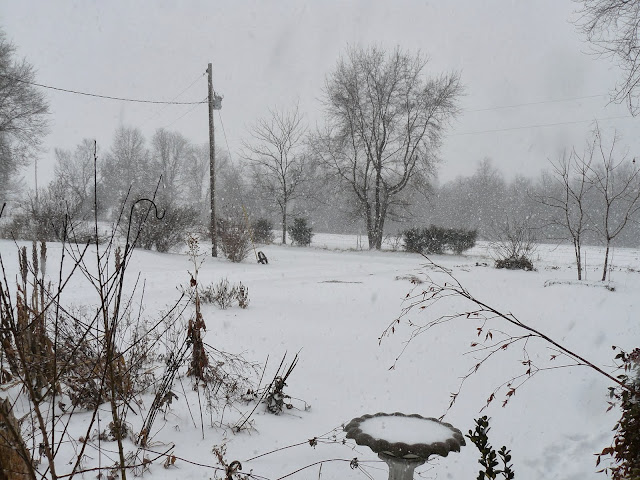 Tonight will be our coldest night, -8 with a wind chill of -40.  That will set a record for us!