We had a very cool 33° night and lots of frost, but no wind and the sun is shining this morning.  It is a perfect fall day.

I did a walk  around and took  a picture or two; nothing spectacular for fall color. I think we will be missing that this year.

I couldn't resist a couple of shots of Willow and babies. 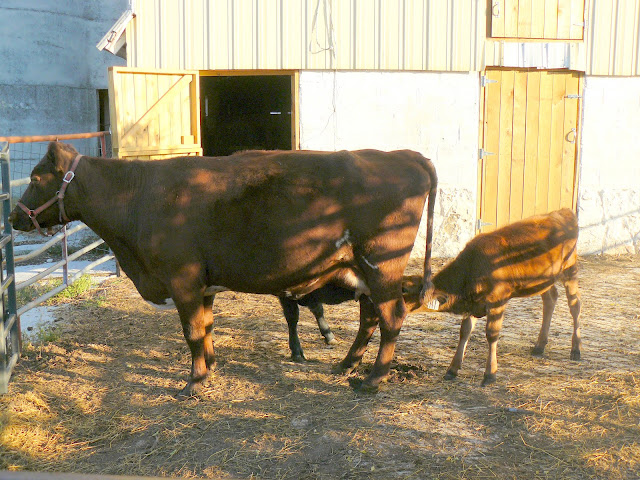 One was the rear end so I skipped posting it!

This may be the most color we get this year in the yard.  I usually tear down the Virginia Creeper and I will but I wanted to let it color up first. 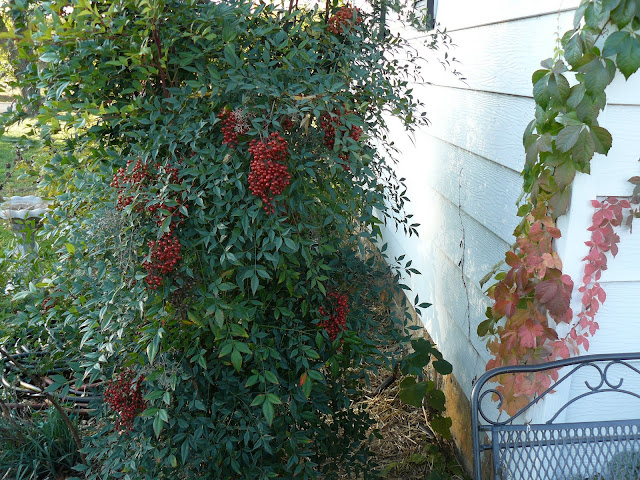 The last week has been filled with  doctor appointments, in-laws situation and our son's visit to see his Grandad.

Of course that always calls for a vanilla cream pie.  I apologize for the color; it was taken under the led lights on the cabinet and I forgot to make adjustments. 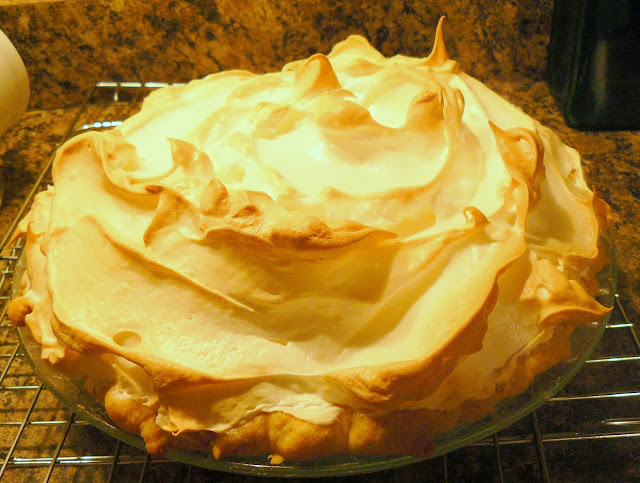 This is the first time I have used the new vodka vanilla.....I didn't check to see if it had steeped long enough but I did a taste test and it passed.  We all decided it was the best flavored pie I have made.  Of course I used several different milk products for the cream.....so it wasn't a true test.  The vanilla is quite sweet now.  I didn't know the beans were sweet and it has a nice dark color.

Our son who likes to cook was very interested in  the vanilla so he asked for and I gave him a packet of 12 vanilla beans I had vacuum sealed.  He makes pies, bread, scones, biscuits and most everything.

Both kids were marked by fried chicken!  I don't know if I did it a lot or  what when they were growing up but they love it, fried the way Mom always did hers. I  cut up two chickens to fry.  He wanted to do it with me so after his visit with grandpa, we were frying chicken at 7 PM......not my usual time to cook!  It was worth it though.  He is such an appreciative eater!  I just roll the washed an drained pieces in a mix of flour, salt and pepper and this time, paprika.  I also fry it in about an inch of canola oil (or peanut or whatever) and I added 1/2 stick of butter for color and flavor.  I brown it on high heat; turn down to medium low, put lid on and cook for l hour.  Yes, one hour!  I almost gag when I watch the TV chefs cooking chicken for 20 minutes on their shows.  The chicken  will be almost falling off the bone and then I remove lid, turn up heat to crisp it up.  That's how Mom did it and it's good enough for all of us.

The requisite sides of mashed potatoes and gravy and buttered peas and fried apple slices were added.

I sent the balance  of the chicken home with him.

He is coming back today and bringing the two younger grands,and will just be here overnight.  DIL is coming down Sunday with our oldest granddaughter and  then they are all going back at the same time.    I may have to trail in town to see her....and will if necessary!

Cooking seems impossible to time so I just bought some deli meats and cheeses and chips.  I can always do waffles or eggs if need be.

I will be making chocolate cupcakes later this morning.

I am heading to the kitchen to process the peppers and some of the really ripe tomatoes...