Back At Last - Lots of Rain and other odds and ends

We have been getting wonderful rains at last.  First 1/2 inch and then 2.5 inches and counting with  this last system.  We are so grateful. Pastures should grow here until the ground freezes hard and stays that way.  The cows will be happy!

I have been missing from Blogland for a while now.  My FIL passed away last Wednesday and we have been busy with family, services and all that entails.  His death was a blessing; he was completely helpless and semi-conscious the last few days.  Funerals are usually an anathema to me and I was delighted that we had what I imagine an Irish Wake to be only minus the whiskey and food!  The minister had asked for remembrances from all of us and when a story peaked his interest he would ask for more details.  One involved  Jack letting a new car back into the lake while my very young son was holding the boat by a rope....Jack was afraid the boat would pull Steve into the water so he jumped out to save him, not setting the brake....Steve saw the car backing into the water and yelled at him.....he jumped back in but not before telling Steve to let go the boat.  He set the brake and was now sitting in water up to his waist.  Steve ran to get help and they were winched out of the lake.  He then parked the car  and they fished the rest of the day!  The audience was laughing before the story was finished.  Lots of wonderful memories were shared.

It was the first time I felt better after a funeral than before  The vocalist sang some wonderful old hymns and asked the guest to sing along and many did.  I looked back over the small crowd and realized most were in their 70's and way beyond.  It was mostly their church friends.  Jack would have loved it.

Sylvia is doing quite well as I knew she would.  She has no regrets and planned the funeral like she knew he would want.  Max asked for a military funeral for him.  He served in the Navy during WWII.  It was very impressive!

We all feel now that life goes on and we are not sad.

I had the immediate family out to the farm and we had sandwiches on my French  and Oatmeal Bread.  I also had a huge pots of hamburger soup with two kinds of crackers and served that Chocolate Sheet Cake that some call Mississippi Mud Cake.

All company was gone by Sunday morning.  I had to take Monday off to rest!  I love them all dearly but it takes a little energy to deal with all the food things.  The blessing was my hands and arms were finally back to normal.  Thank you Prednisone.

I was cleaning out the fridge of leftovers (chickens love that!) and found I had thawed a package of piecrust that needed to be used.  I hadn't sampled this year's mincemeat yet so I made tarts.  Only two are left; even DH ate them and he isn't a big fan of mincemeat. I didn't think this year's batch was up to snuff but I can't figure out what is missing. 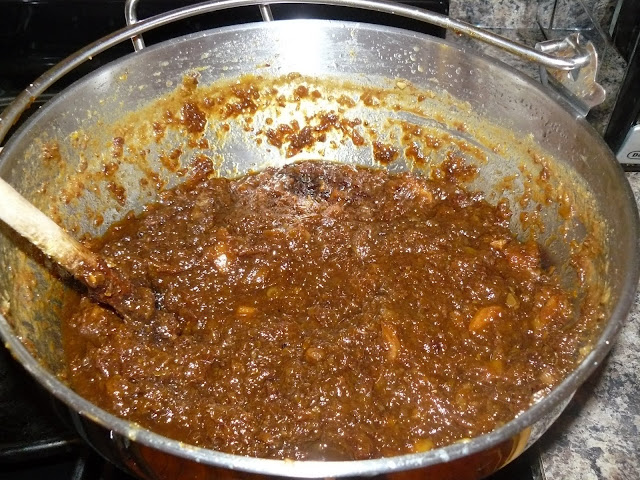 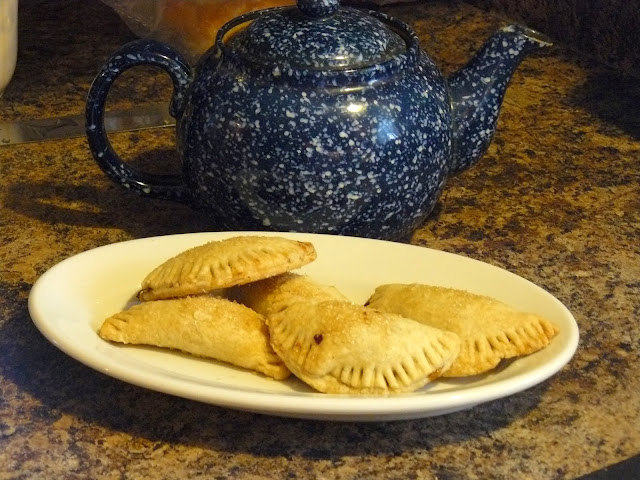