The last two days have been very nice days with the weather being perfect, sunny, breezy and warmer.

Yesterday was bread making day. I was all set to make whole wheat sandwich bread but saw a recipe for Sweet Potato Bread that caught my eye. I knew I had some mashed sweet potato left over in the refrigerator and thought this would be a good use for it. It was. We both like the bread very much. I apologize for the quality of the picture....don't know what happened but it does show accurately the color and texture of the bread. It was a two-loaf recipe. I need to make hamburger buns soon. 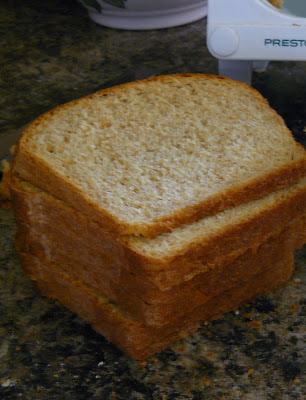 Late in the afternoon, I finished up the early garden planting. I planted two kinds of beets, Early Wonder, and Lutz which is a winter keeper type that I have never grown before; a very short row of Dwarf Blue Kale and I tilled the new strawberry rows.

Plants under the lights are looking good.

Well, this has become a mini fiasco! You would think something so simple and natural would just be easy....nooooooo! At least not here. I had an arrangement that I thought was working well. But then my helpmeet got involved....he left the little door between the setting hens and the others open for a couple of days! So, other chickens had been laying in the nests too....caused one setting hen to change nests...long story/short: I have now put fresh eggs under one and left the other on some very dirty eggs that I don't think will hatch. I have them locked in and told said helpmeet to not touch the doors! I have no idea when hatch will happen or if it will. I think the hen that moved is laying again to accumulate more eggs in her nest. I started with 7, she had 8 last evening. I will just leave her be.
Only time will tell.

The eggs are fertile.....I gave the old eggs to the dog and observed. They had been chilled when she moved to a new nest.

This is a seedling lilac that I noticed a couple of years ago. It is now blooming. I like the location and will just leave it here. 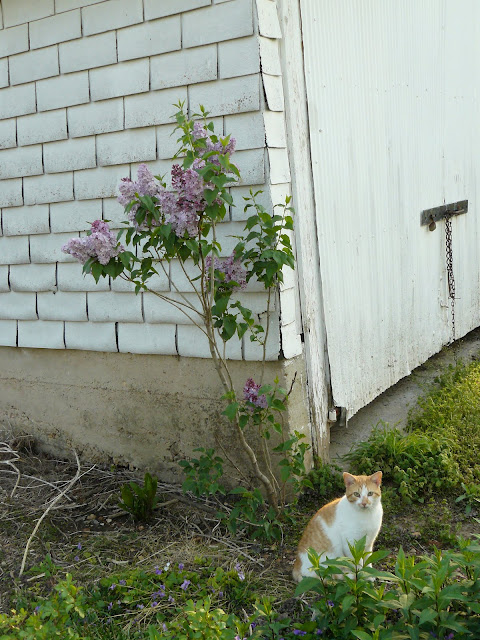