Weather continues about 8 degrees warmer than it should be.  We had another little shower which dries it up almost as soon as the sun and wind hit the ground.

I found more victims of my erroneous spraying.  Three pepper plants got some over drift when I sprayed the roses and I lost all 4 eggplants.  So far the woody plants seem OK.

The cookout with DH's mother went well.  She loved the cake with coconut icing. 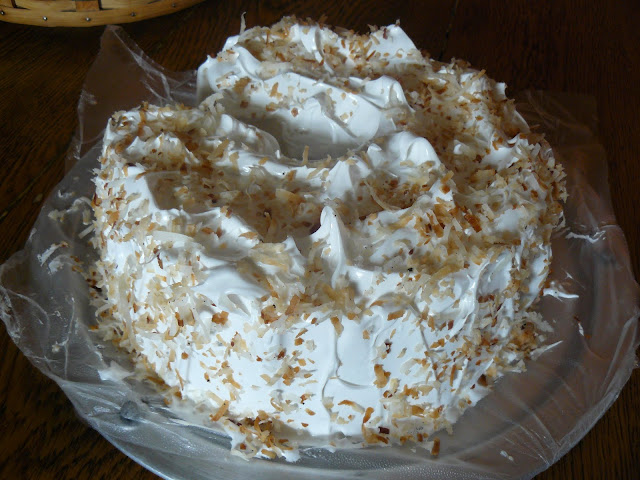 We ate inside.....much cooler than  the 90+ degrees outside Sunday.

Monday was a productive day.  I worked  for  about two hours in the orchard.  I soaked the row of tomatoes and then mulched them.  Only a few needed tying up....I don't see many small tomatoes or blooms which is worrying me. 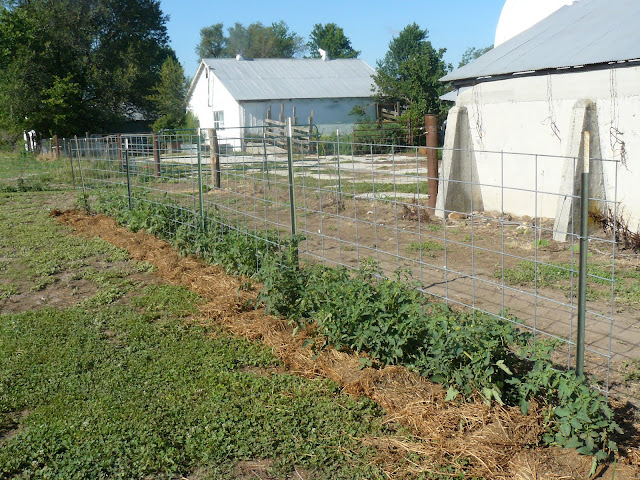 While I worked on the tomatoes I soaked all the fruit trees and then mowed again with the mower set on a lower setting.  There is lots of Ladino clover in the orchard but I didn't see many bees working.  I did see the little 1/4 inch shower must have washed off the beetle spray because the plum trees had lots on them.  They love plum foliage.


Gardening
It was already warm by the time I went out side at 7:30 AM.

I mixed up more spray for the beetles.  They are on the peach tree in the back yard and those are larger and beginning to ripen, also on the plum trees in the orchard and on various other things.  I sprayed...again.  I also noticed the June bugs have arrived.   I checked the blackberries and found some on a few of them.  I left picking until this morning that may have been a mistake.

We have had an old very small refrigerator  in the Milk Parlor that we use for milk, eggs and excess garden produce or anything else that won't fit in the kitchen one.  We bought  it in 1961 when we were married.  We noticed a few days ago it was dripping from the cross-top freezer section.  I defrosted hoping that was all it was.  Wrong.  It ran but never got very cold and was frosting up heavily again by evening after defrosting in the morning.  I did my usual appliance shopping.  I picked up the phone and called a smallish appliance/furniture store that is located west of Springfield, Barnes Town and Country and ordered the smallest simplest one they had.  It will be delivered this afternoon. Total cost around $500.  I have ordered a washer and dryer that same way and I think the last chest freezer.  They only carry one brand, Whirlpool.

I could have bought it about $70 cheaper at Lowes or  another big city store, but they would have to order it, delivery the first week of July and I am sure then schedule delivery and that would be another 3 days or so so we paid the higher price.  We have lots of eggs stored wanted them in refrigeration asap.
This one is larger than the other which will be nice.