This was one of those days that plans changed....I was all set to begin the apples but realized we were almost out of bread and I saw Chickens In The Road had posted a good-sounding iced soft oatmeal raisin cookie so.........

The bread was from a recipe  for 'best ever potato rolls' on http://grannymountain.blogspot.com/
Thank you Joyce for sharing with us.

I wanted to  try it as two loaves of a soft white bread that would be good for sandwiches.  It turned out well and tasted super.  I did modify it a bit with l more teaspoon of yeast.  I probably should have left it alone because one side ballooned out but my other recipe  for two loaves and 6 cups of flour called for two packages of yeast. I wasn't factoring in that one was a whole wheat bread and the other was not. 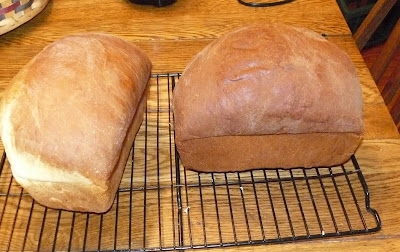 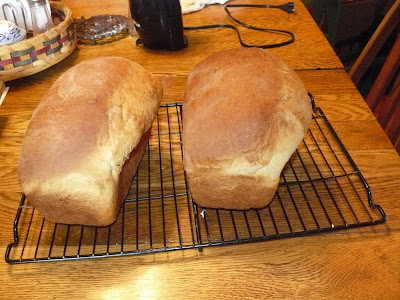 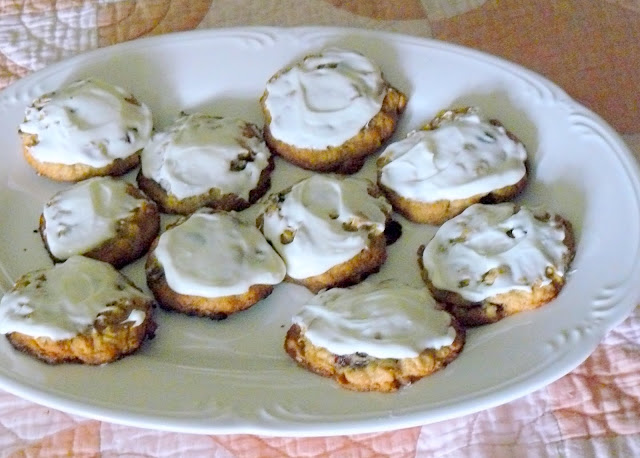 Tip on cookies:  Do not get in a  rush and put two or more sheets in the oven at one time.  I did that and before I knew it, the bottom pan was way too brown (burned) on the bottoms....chickens were very pleased.

The recipe is on Suzanne's blog, Chickens in the Road.