Not really a lost day. But it isn't how I wish I could have spent it.

My MIL is soon to be 93. She is still driving and quite well, I may add. She uses a computer, but barely. For two weeks she couldn't get on the internet. She tried two new modems, but nothing. So, yesterday I took her to Office Depot to get a new computer.....he talked us into going back home and bringing in the computer and modem......He beat himself out of a sale, but he gained world's of good publicity. I will never go back to Best Buy again! Then we dropped in to AT&T, her internet provider, and got the phone number for their DSL techs.

Back home where I spent maybe 3 more hours with the computer and the tech guy (India!). I was embarrassed at how many times he had to repeat things because I couldn't understand his accent. He was just a lovely person and very patient.
Long story, shortened a little; she now has internet service again.

I think she should have sprung for the new computer. You can make a pot of coffee just waiting for hers to boot up! So, from 10 AM until 4:30 PM, I worked on her computer. She felt so badly for using my time. They are wonderful in-laws and always have been but I was stiff from sitting in her tiny little office chair where the back hit the top of my hips.....still stiff this morning. I don't really have much hope that we can clean up her computer and stop the "error", send report messages to Microsoft. We only updated one thing and now I think it is causing compatibility issues. I promised to update things each time we visit. I hope it works for her. She used the internet very little or the computer for that matter.

We were under storm warnings as of 3 AM this morning but they have expired. I don't think we got any rain at all.

Today's plan is to cut down more malvas and hollyhocks that are now in the unsightly stage of rust. I also want to mulch and plant a hill of squash on the east end of the corn patch.

I think this is funny.....I have been making soap now a couple of years. The only fragrance I use is lavender and rosemary blended. I usually make goat's milk soap.
I am not fancy, it doesn't get trimmed or buffed and I don't use fancy molds. I have flops which are still usable.

Over this time, I have given soap to our daughter.....no feed back; I have given soap to my Sis in Iowa with some feedback. So, this trip home our daughter told me how much she liked the soap, especially the one with oatmeal but she used is sparingly because she didn't want to run out. Well, you know what Mothers do. I immediately went to my soap box and dumped almost all into a baggie for them!

When I got home late yesterday evening my Sis called and said "I am begging!". She told me she went to shower and her last bit of soap dissolved and she went to get more and was out! She asked if I had a good supply on hand; .... not now I said. She said they will be down after mini horse show season is over and I better have some made or mayhem will follow. All she cares about is that it better have lavender fragrance in it. She said I come out of that shower feeling pampered and in heaven. Guess what I am doing very shortly......maybe even this afternoon.

I will take pictures and post about making it.

This is Ed Murray. It is a very deep red that doesn't photograph well. 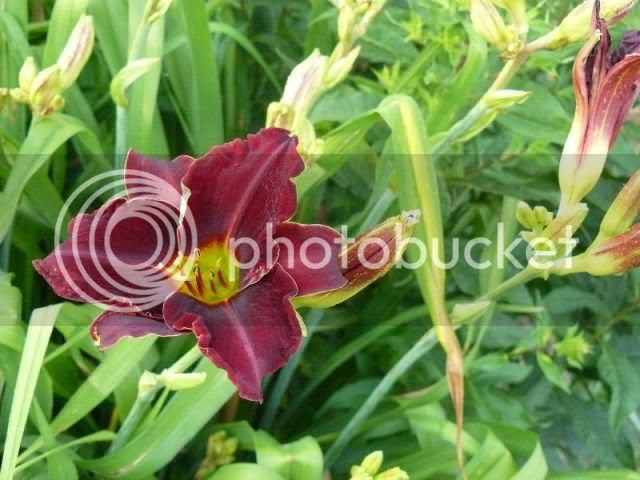 and I have determined this is Fairytale Pink, 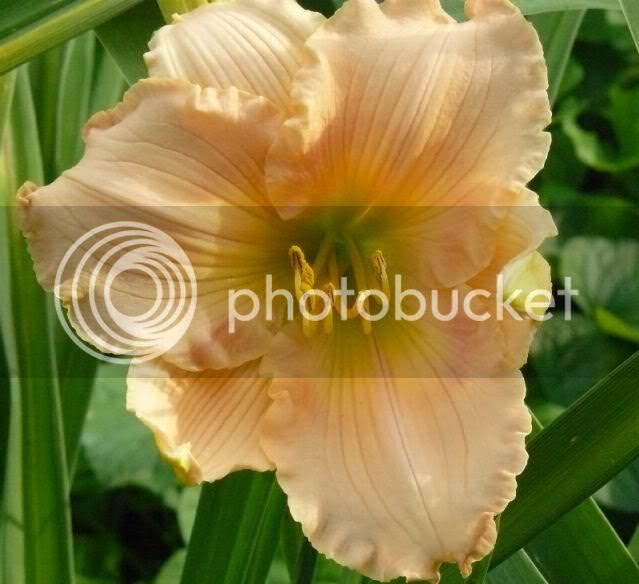 My garden has now evolved into a "view-at-a-distance garden" because of the heat and lack of rain.

This is the end of the New Bed that is just north of the backporch.
Note: the seedling peach tree....that now excessively shades the red monarda. This winter I will prune the center out of the peach tree to open it up more. If the peaches are bad, down it comes. I planted the new sweet cherry just north and to the left or west of it. 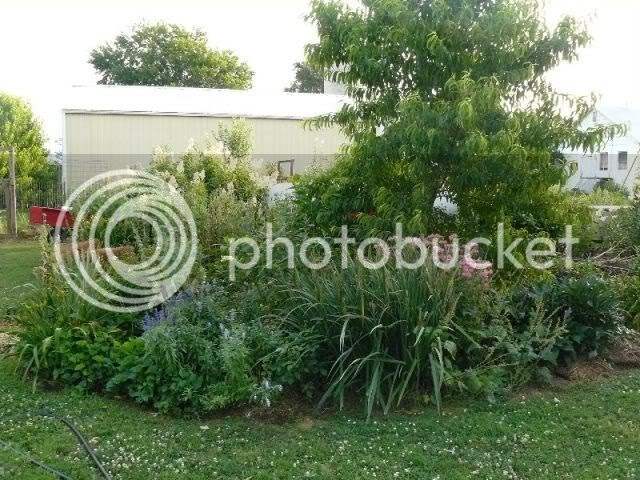