It was slightly cooler this morning. Up around 4:30 AM. The day is cooler so far too because of the
clouds.. We sure hope the predicted showers hid us.

I milked Willow this morning. She was down almost a quart. She is pretty far along in her lactation so I am not too surprised. I think the young Jersey heifer, Jewel, was in heat for the first time yesterday which is normal. Jersey's come into heat earlier than the bigger breeds and she is fully 7 months. She won't get bred for another 8 months.

I mowed around the veggie garden this morning and also cleaned out (pulled and trimmed weeds) the Grace bed (smoke tree Grace) and the Well House Bed where the old lilacs are and my China rose is blooming. She is called Old Blush by some and Parson's Rose by others. No matter the name she is the longest lived rose in my garden! 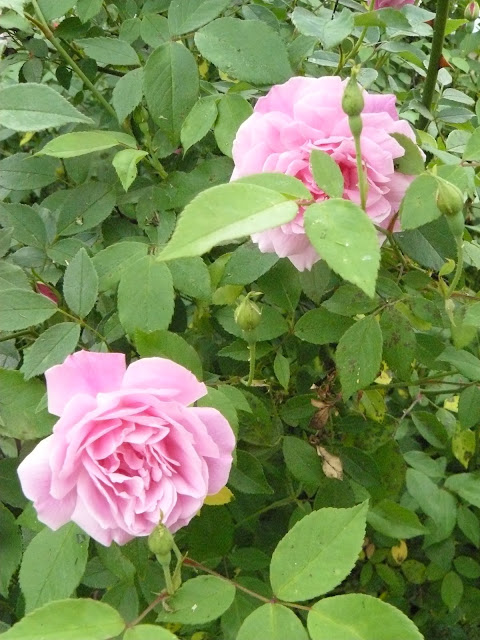 This is my antique iris from a neighbor, 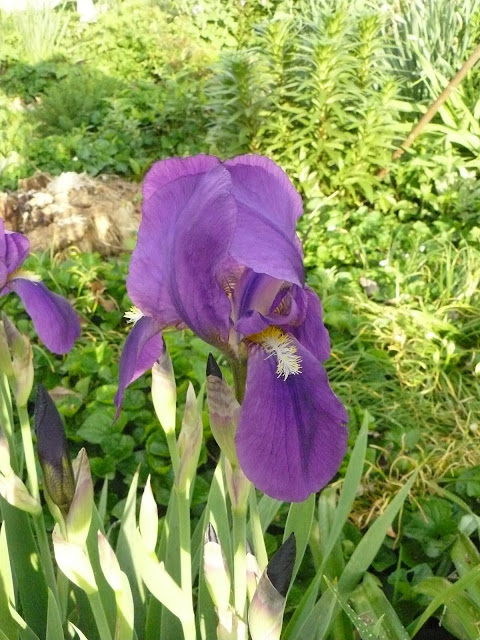 I trimmed around the sheds and the Elm tree in the east yard. Tomorrow I hope to tackle the Cellar and Grass Beds....not looking forward to that because of the brome (I think) that has self-seeded from the cellar. It does not pull easy like the cheet and henbit do.

Our mild winter was very favorable to the Bermuda Grass which is now poised to take over the northside of the garden..............to glyphosphate or not to glyphosphate that is the question.
Posted by gld at 9:26 AM