I have taken a little break from blogging for a few days.

Since I blogged last, I visited my Sis in the Nursing Home which is enough to make you want to go into a dark room and shut the door for several days. Nothing to be done about the situation though.

I took a break from some spot mowing a couple of days ago to snap a few pictures of the cows in the West Lot who had come to the fence to watch me.

The first is Annabelle, Willow's (the milk cow) calf that we bought when we bought her. She has already calved and the calf has been sold. 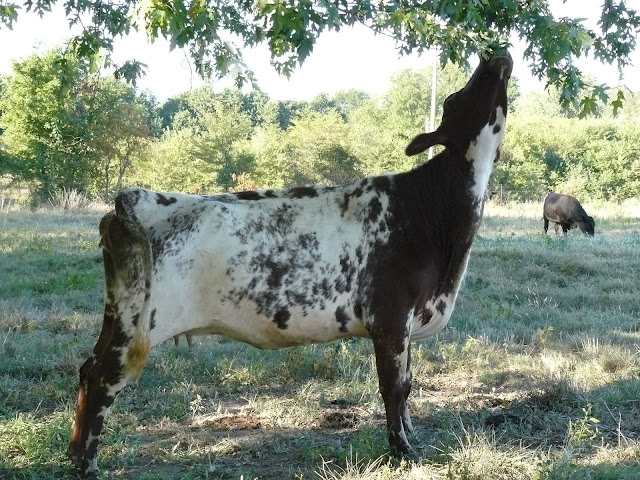 This is the young bull we bought a year or so ago.

The sun caused some flare out but I like how it shows his muscling so I kept it. 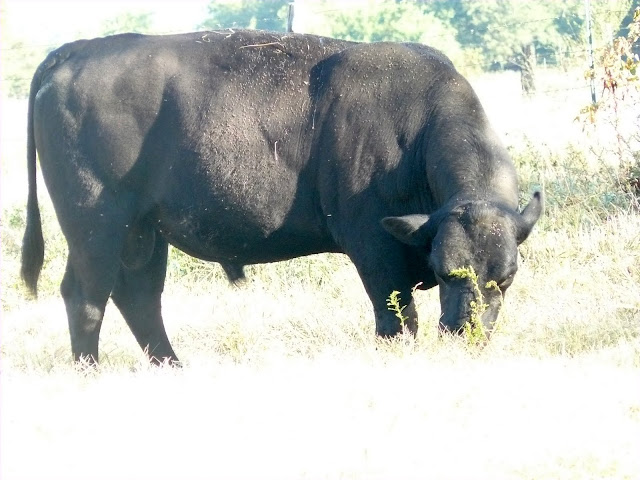 I milk in a unique way; I stand up and bend over. Our old dairy barn is the platform style where the cows walk up an outside ramp and the milker stands on the floor where you attach the milking unit. Since I don't use the milker I am not in a good position to milk by hand standing up because I have to hold my arms up....which is very tiring after about 15 minutes. I stand on a stool and bend over her, works very well and also puts my head way out of danger range. It works for me.

DH was taking my camera to the field to take pics of the cows and snapped this on his way. 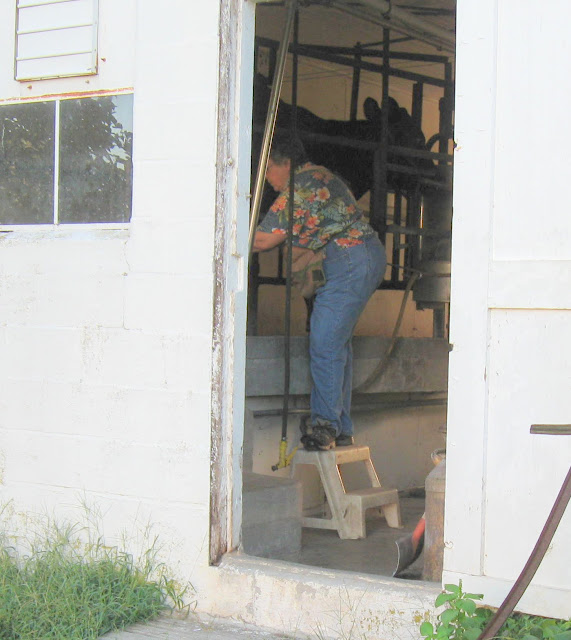 and this is how Grandma fed her chickens corn.

Note: Grandma never had a double chin and she never ever wore jeans! She did wear an apron daily and so do I! We would go out behind the barn to her corn crib, she would gather up the corners of her apron and fill it with 3-4 ears of corn and then we would go to the chicken yard which was her entire yard, but there was some bare ground near the chicken house door. Then she would take an ear at a time and shell the whole kernels onto the ground and they would come running.

I raised some Reid's Yellow Dent corn two years ago and never stored it properly and this spring I saw it was filled with weevils. So I decided to try Grandma's method and it works like a charm. DH had fed chops the night before so they weren't quite as thrilled with corn this morning. 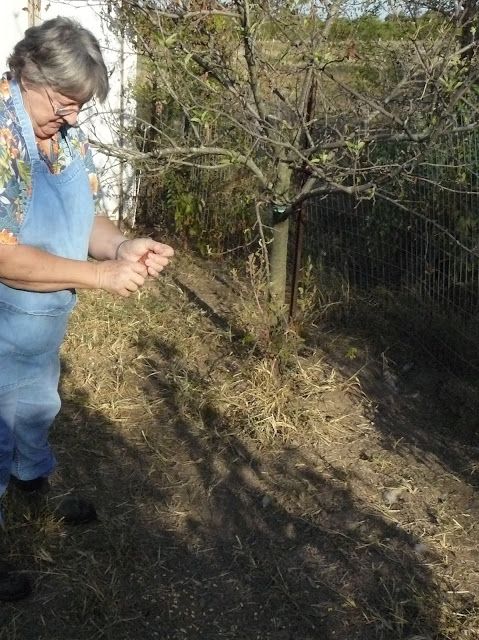 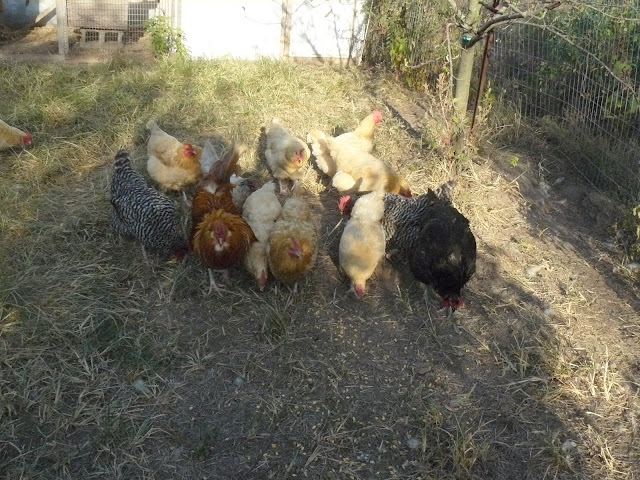 I thought it might be hard to shell, but it was not.
Posted by gld at 9:30 AM