We are still in our cooler mode; high yesterday was just in the 80's. Still no more rain for us. Most of it went south to our Arkansas friends and they needed it too.

First things first. We finally caught the blasted raccoon ..... after he or they got my sweet corn. 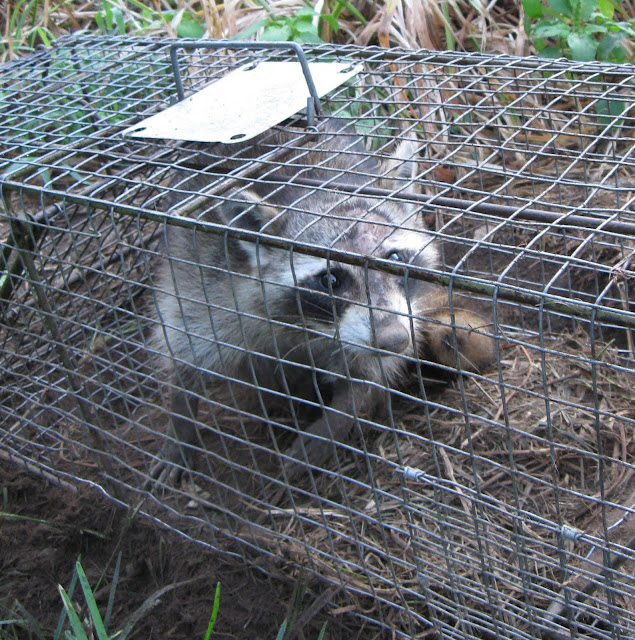 The funny thing is we had baited the trap with peanut butter, canned cat food, corn and marshmallows at various times. No raccoon. So I finally just forgot about the whole thing.

Two days ago when I went to the garden to harvest a few things, I was within a few feet of the trap and didn't even see the rascal! Later I looked through the garden gate and there he was....just looking at me. I was stunned. I know he was there earlier because you normally don't see them active in the daytime. This was with no bait at all except dried up leftovers of a cob. I plan to toss another dried ear of corn in the trap because where there is one, there are more.

I know this isn't really much of a test but, so far, I am not overly impressed with Pickle Crisp. All I did was a small jar of my regular garlic and dill where you mix equal parts of water and vinegar and some canning salt and pour it boiling over your cucumbers packed in jar with whatever you want to use, dill, garlic, red pepper flakes, etc. They seem a little crisper but I would have to open another regular jar to test and haven't done that yet.

The others were a sort of bread and butter using up the leftover relish syrup, I had a quart of that which I brought to a boil, dumped in a quart of sliced cucumbers, brought it back to the boil. Then I packed them into a quart jar. I have left them on the counter top. The b & b seem tough to me, could have been the cucumbers. They aren't as crisp as the ones I soaked overnight in the lime solution. I am putting them all in the refrigerator today and see what that does.

This couldn't be easier. I pick the okra small. Wash and dry it. Slice off tips and stem ends. Slice in 1/2 inch or so pieces. I lay out equal pods and slice several at once. Place in bowl with some cornmeal; toss. Then lay them out on a cookie sheet to freeze individually. Next I bag in a gallon size bag. I add to the bag until it is full. I can then just pour out the amount I want to cook. I don't thaw before using. 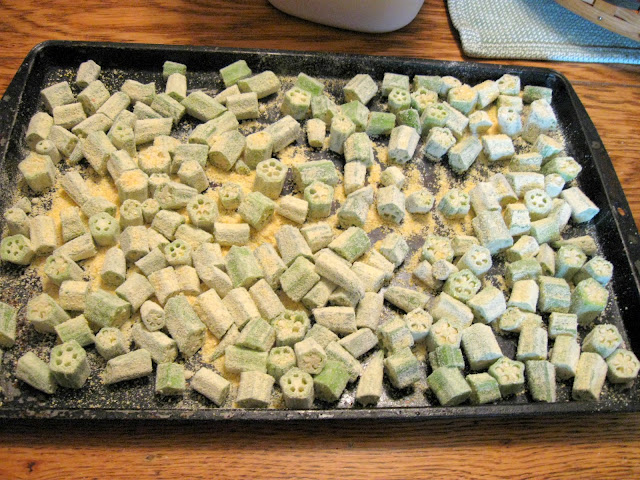 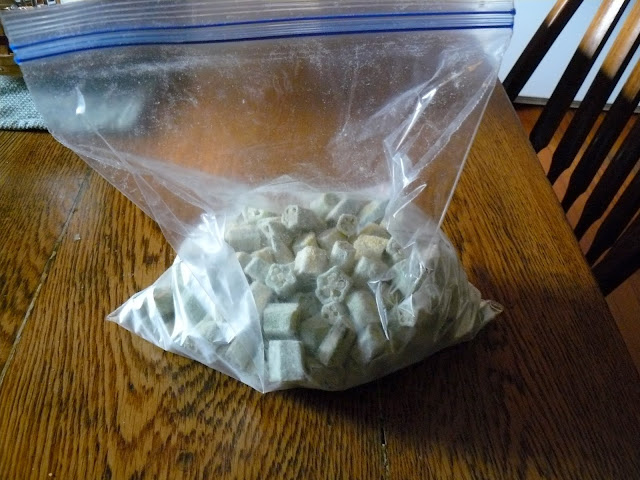 I finally got a picture of the 4 0'clocks open. I should have put them in another location because they aren't too attractive during the day. Another thing to add to my "to do" list. 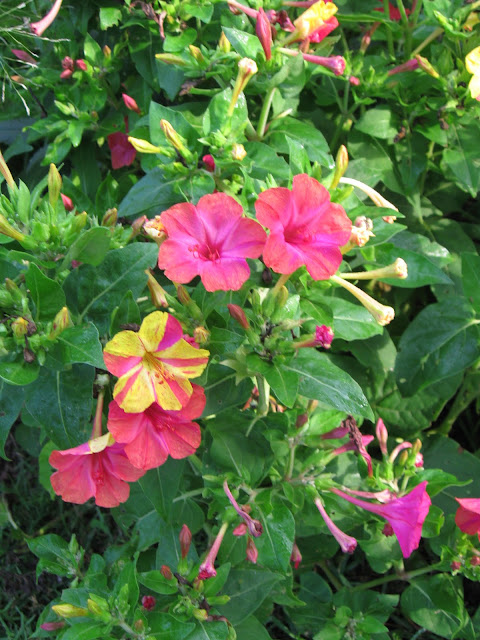 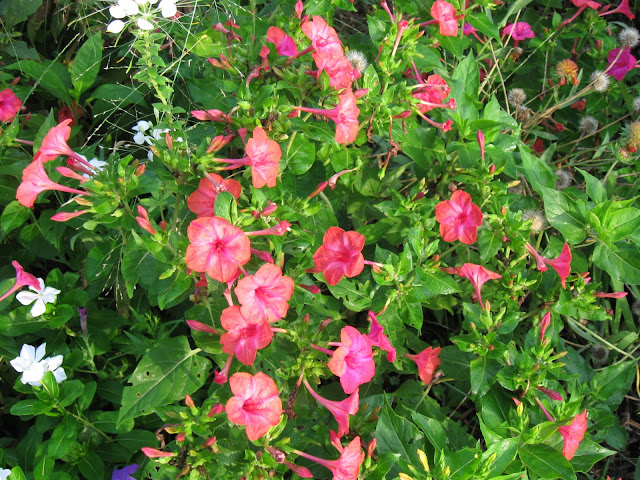