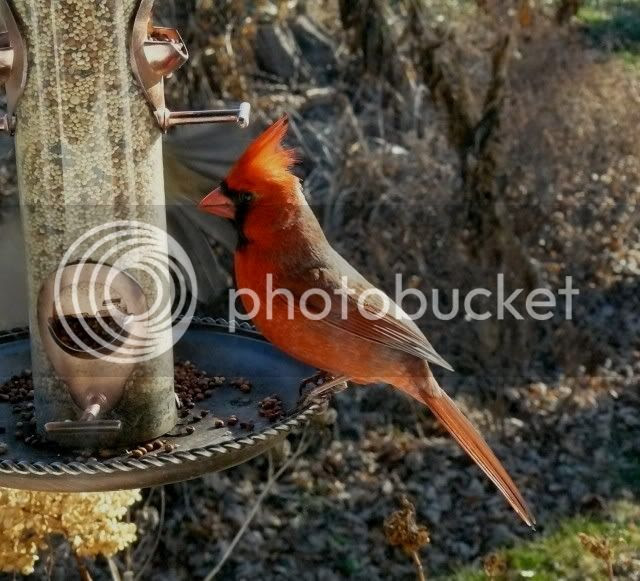 I thought this was a bright and happy picture to start off the new year on the Blog.
HAPPY NEW YEAR

First things first: The new stove was delivered a day late; two snafus on installation: They didn't send the orifices to change over to LP....he made a return trip to Lowes....the contractor who installed the despised Jenn Air has used a very short and small diameter flexible connector....wrong! I had asked them to include a 4-foot long one in case of future maintenance (remember the Jenn Air!)so the fittings were not right for the larger diameter one....luckily he had one on the truck. So the one hour job became a two hour job. I was a nervous wreck but very pleased when all was finished.

Here it is in pristine condition (won't last long in my kitchen).

I have used every feature on the stove and am delighted to report, Denimflyz was right! I love this stove! I am mightily relieved; the Jenn Air had really caused me to doubt new stoves. I am particularly please with the simmer burner. I simmered pizza sauce for two hours to test it out and just had to stir it a couple of times, no sticking to bottom of pan, no scorching; it worked just like it was supposed to.

Next feature I was not sure about was the bottom rack that can be attached to pull half way out when the oven door is fully opened. This worked super for getting the pizza off the stone. I can't count the times I have burned my hands reaching between racks to pull out the heavy, large pizza stone. They detach easily for cleaning the bottom of the oven. Yes, I have already had a spill of pie juice....

We had pancakes yesterday morning to test the center griddle. I was wary of this because someone online had complained they didn't think their griddle got hot enough....well mine does. My sis had suggested I temper the very heavy cast iron griddle first by coating with lard and cooking on high heat until it smoked. I did so and then had to reduce heat way down to 2 to do the pancakes. They came off easily. I had never used the new rough finish cast but it worked fine. I wonder why they do that. My old skillet is smooth as silk.

The griddle is narrow enough I could have used the other 4 burners if needed.

OK. End of test run. I am very happy with it.

There is less exposed black porcelain so don't have to worry about fingerprints so much as JA.

Lowe seems very good to work with. Called during installation to see if I was happy....we will see. I have never bought anything major from them before.

The countertop Hamilton Beach oven has worked as expected. I may miss the toast feature of the smaller oven, but could use the broiler I guess. I have baked a pie crust (the coconut cream pie), and browned the meringue with it....also baked a pan of pie crust roll ups that we really like and am happy to report GD did too.
I used the convection feature for them....worked fine. I have baked a pan of biscuits regular baking. No top or bottom burning. I think it will be a nice second oven since I can't have built-ins. The oven is 18" wide by 14" tall by 15" (counting the handle extension) deep. I put it in the corner because they are so deep I can't reach to the back anyway so I am not loosing much space on the counter. Another feature I like about it is you can see inside without opening a door.

We had a good time as always. I even squeezed in a walk down the road west yesterday afternoon with our granddaughter. That is the house way down the road on the left.
There is a little creek that runs under the road about midway down to the pond. It still has water which surprised me.

I love this old
gnarled cedar stump that stands at the edge of the deeper pool.

We walked past the heifer field and they all came running to the fence to check us out. It always scares our GD who is a 'city' girl.

(notice the very pregnant girl second from the right hand side)

They left around 4 pm after I loaded them down with all the leftovers they would take. We used additional frozen meat in the bottom of the chest for a cooler. I made her take more. She always shorts herself when we butcher because she has such a small freezer.

I did manage to clean up the kitchen so I could enjoy my coffee the next morning.